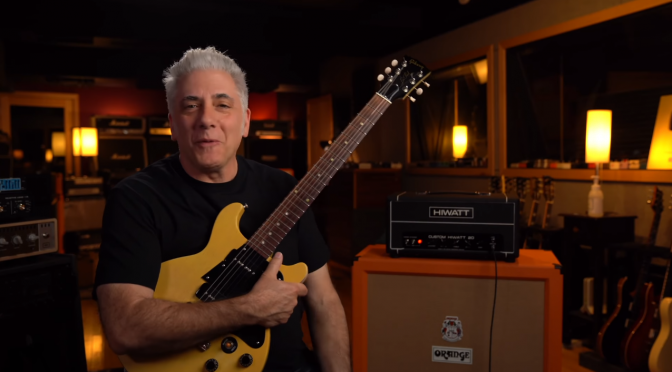 ‘Everything Music’ is the simple tag line on both Rick Beato’s YouTube channel and website, and in terms of what he offers, it’s pretty on point. But who is Rick Beato?

Who is Rick Beato? A quick google shows I’m not the first to ask the question. However, a scan of the results seems to suggest that he is the real deal. Within a few minutes of watching any of his numerous YouTube videos, you’d be hard-pressed to disagree.

Now, it’s fair to say that if you’re an absolute beginner, Beato (pronounced Be-AH-toe) might well be a bit tricky to follow in places but there’s such a raft of beginner lessons and tutorials on YouTube, it’s actually nice to have a channel dedicated towards the upper end of the scale (pun intended).

Firstly, his ability to teach, along with his knowledge and passion, just flows from all his videos. Whether it’s a ‘Top 20 Greatest’ or how to Film Score or use a DAW, his obvious experience as a producer, recording technician, teacher and player means that every video is just as captivating as the last.

Seriously, after watching a few of his offerings on various subjects, you start to wonder how on earth one man can be so knowledgeable, and even on the few occasions he approaches a subject that he’s not a master at, such as guitar building and setup, he invariably has a good friend and contact who can join him and discuss the matter at hand.

Who is Rick Beato?

A man of immense experience, with a discography as long as your tallest mate’s arm, Beato has a seemingly bottomless pit of knowledge available to you for free. If you still feel the need to spend, he also has a book, called fittingly ‘The Beato Book’, which can be purchased from his website, offering a creative approach to music theory which from all accounts have proved very popular indeed.

Not only that but when he does one of his frequent live streams on YouTube, there is often a discount code that can be used for the duration of the stream on his website. In short, a nice touch.

To sum up, this is one of those channels that you really should be adding to your subscribe list.

One thought on “Who is Rick Beato?”