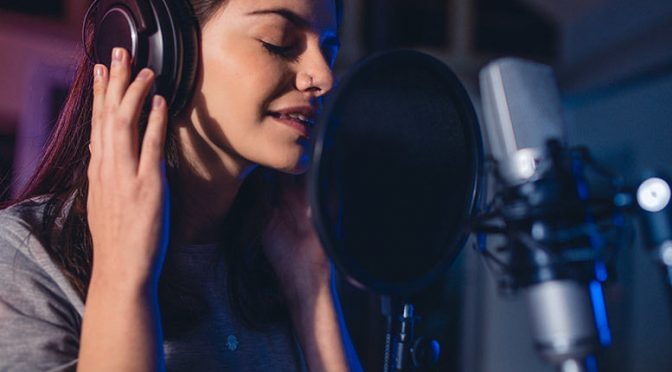 All the latest music news brought to you by Empeda Music and a variety of other web resources.

Guitar.com | All Things Guitar Fans of the effects pedal and amplifier manufacturer Electro-Harmonix have been left scratching their heads, after an email was sent out to mailing-list subscribers describing plans to harness energy from the Earth’s magnetosphere. Some have speculated that it’s an out-there marketing strategy for a new pedal. It isn’t. READ MORE: … END_OF_DOCUMENT_TOKEN_TO_BE_REPLACED

Vola updates its Oz and Vasti models to V3

Guitar.com | All Things Guitar Vola Guitars has released the V3 MC models of its Oz and Vasti models, S- and T-type electric guitars respectively. The updates are focused on modernising the performance and aesthetics of the classic platforms. READ MORE: Gordon Smith Guitars introduces the Gatsby, its first offset electric guitar Both instruments feature … END_OF_DOCUMENT_TOKEN_TO_BE_REPLACED

Guitar.com | All Things Guitar Out of the dozens of amplifiers I own, there’s one that stands out. It’s the definition of perfect, and in its own way, it might well be the most important amplifier ever made. I know what you’re thinking, “Whoa there, Josh – I thought you were the effects guy? And … END_OF_DOCUMENT_TOKEN_TO_BE_REPLACED

“There were moments where we felt close to going too far”: The Goon Sax on their latest LP, Mirror II

Guitar.com | All Things Guitar Sometimes we drift – when we eventually stop and look around, we find unfamiliar landmarks and open spaces that suggest something has changed, maybe permanently. After two records that mined the wiry punk and jangle-pop history of their Brisbane hometown, the Goon Sax’s three songwriters spun off into fractured sounds … END_OF_DOCUMENT_TOKEN_TO_BE_REPLACED

Guitar.com | All Things Guitar Paul McCartney’s music video for Find My Way, remixed by Beck, stars a digitally de-aged version of the Beatle. READ MORE: The Big Listen: Paul McCartney – McCartney III In the video, a young Macca – sporting his signature mop top hairdo and a blue suit – jives through the … END_OF_DOCUMENT_TOKEN_TO_BE_REPLACED

Modern Drummer Magazine The Queen of Percussion, Sheila E., is having a great summer. Besides being back to touring, it was announced in June, that the Latin Recording Academy will honor Sheila E. and her father Pete Escovedo with a Lifetime Achievement Award on November 17th in Las Vegas. On July 20th, Modern Drummer, the worldwide leading drum publication … END_OF_DOCUMENT_TOKEN_TO_BE_REPLACED

Modern Drummer Magazine This week’s Modern Drummer Podcast features the newest member of the MD Hall of Fame, The Queen of Percussion, Sheila E. Join Billy Amendola and David Frangioni as they announce the award to Sheila and congratulate her as the first woman ever to be inducted in the magazine’s 45 year history of … END_OF_DOCUMENT_TOKEN_TO_BE_REPLACED

Guitar.com | All Things Guitar Actress Valerie Bertinelli, Eddie Van Halen’s first wife and mother of Wolfgang Van Halen, has weighed in on controversial blues rocker Eric Clapton, who recently announced he will not play gigs where proof of vaccination is required. READ MORE: Eric Clapton shuns vaccine requirements at concerts: “I will not perform … END_OF_DOCUMENT_TOKEN_TO_BE_REPLACED

Lindsey Buckingham releases new single from upcoming solo LP, On The Wrong Side

Guitar.com | All Things Guitar Lindsey Buckingham has released the latest single from his upcoming self-titled solo record, entitled On The Wrong Side. READ MORE: Watch Lindsey Buckingham put the Acoustasonic Jazzmaster through its paces with a rendition of Never Going Back Again The new track arrives ahead of what will be Buckingham’s first fully … END_OF_DOCUMENT_TOKEN_TO_BE_REPLACED

So, our mission here at Empeda Music is simple – to provide a one-stop online catalogue for all your musical needs.

The idea is that we will only include courses, lessons, products and content that we ourselves rate and use. As well as those that are highly rated by those who use them. The result? Providing you with a quality, indexed resource for whatever you may require musically.

And yes, we have partnered with companies and our articles will sometimes contain affiliate links from which we do get a small kickback. This is sometimes financial, sometimes loyalty points and sometimes just kudos. But, our promise to you is that these links will always be clear and obvious. Also, we will only recommend decent and quality products, content and companies that we rate ourselves. You can see a list of our main partners in the ‘Partners’ sidebar visible on most pages.

If there’s anything that you think we could include, just drop us a message via our contact form, and we’ll give it look. It’s still early days for us, and we are continually adding new content, hopefully producing a large and invaluable reference for you all.

All that’s left to say is thank you very much for visiting, and keep coming back to help and watch us grow.