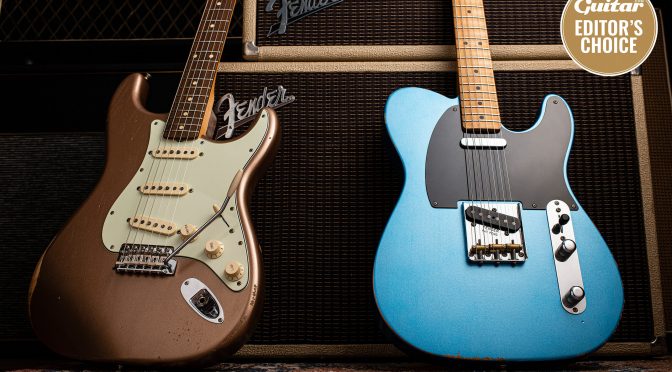 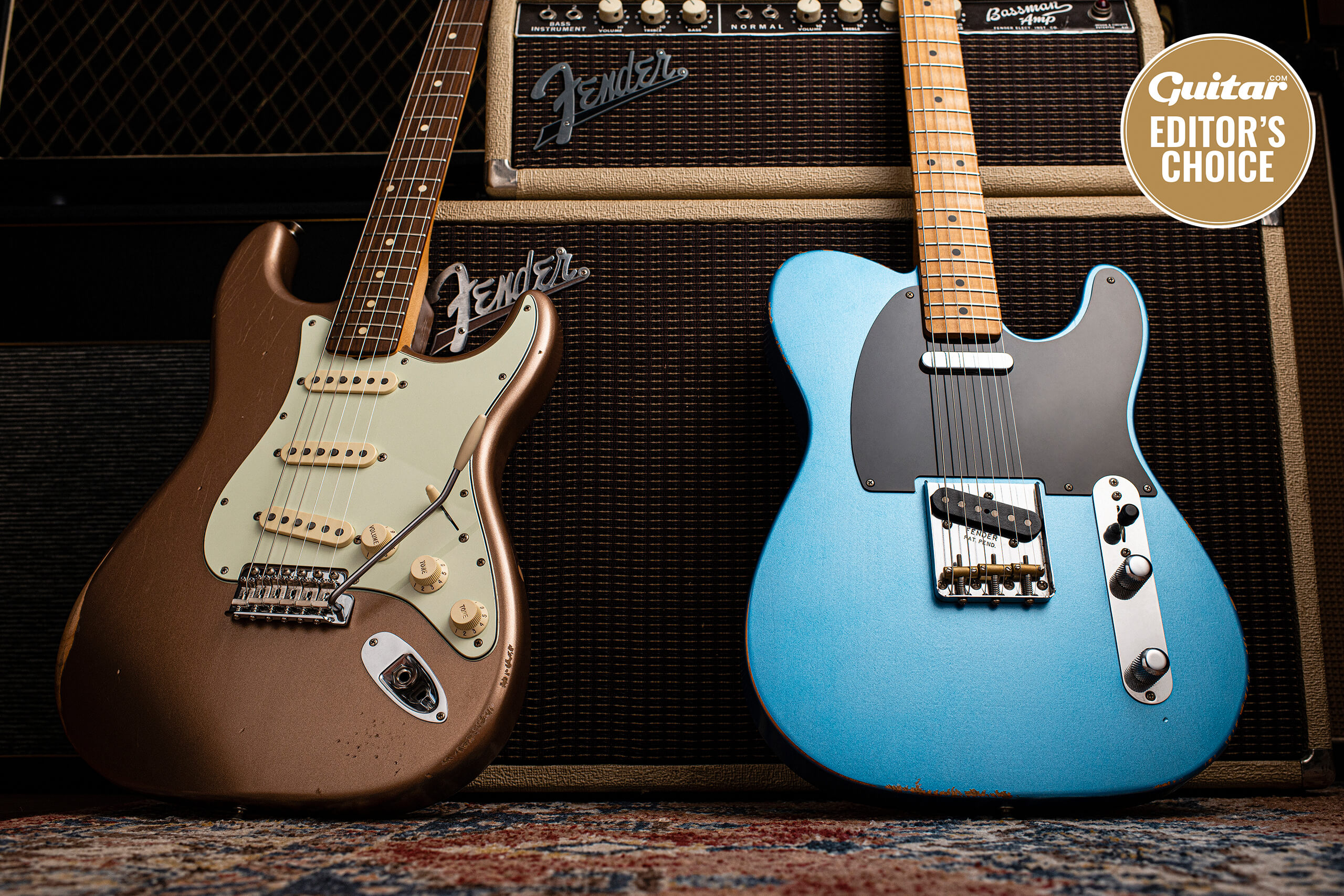 Forget Trump, Brexit and COVID-19. A quarter of a century on from Winter NAMM 1995, when Fender first introduced Relic guitars to the world, factory ageing is still the topic most likely to set guitar forums and social media ablaze.

Although Relics have been both a huge Fender success story and enormously influential in the wider industry – everything from effects pedals to capos can now be purchased with a distressed finish – there’s no doubt that a vocal minority in the guitar community prefers its wear and tear to be the result of years of hard gigging. That’s all well and good, but what if you don’t have the funds for a vintage instrument, or the inclination to wait several decades for the boxfresh nitro finish on your new guitar to take on a vintage patina?

Fender’s original Road Worn series arrived in 2009, making the played-in look and feel of an old Strat or Tele something much more accessible to the masses by taking the ageing knowhow of the Custom Shop and applying it to production-line guitars made in the company’s Ensenada factory in Baja California, Mexico.

Road Worns briefly disappeared from the Fender catalogue in 2019 following the reorganisation of the company’s Mexican-made reissues into a new Vintera line consisting only of guitars with pristine gloss polyester finishes, but we didn’t have to wait too long for Road Worns to return. The first 2020 batch of Vintera Road Worn models contains ’50s and ’60s Strats, a ’50s Tele and a ’70s Telecaster Deluxe. Offsets and a ’60s Telecaster have yet to be announced but will almost certainly follow in 2021. A 60th Anniversary Road Worn Jazz Bass was also unveiled for 2020 – we’ll take the Firemist Silver version with tortoiseshell guard, please – but there’s no new Road Worn P-Bass just yet.

Back in 2009, UK retail prices for Road Worn models started at £859, so the £999 price tag on both of our review guitars feels very reasonable – we’d wager that the cost of most commodities has risen by a great deal more than 16 per cent over the past 11 years, even if many people’s wages haven’t.

Like with the other models in the Vintera series, rather than slavishly recreating instruments from specific model years, Fender has amalgamated a variety of features to evoke the spirit of an era. The company has had fun with the finish options, offering custom colours that originally appeared in the 1960s on its ’50s Strat and Tele. Our ’50s Telecaster comes in a vivid shade of  Lake Placid Blue, a colour which featured on the cover of the Cadillac catalogue in 1958 and was officially added to the Fender lineup when the custom colour chart was first issued in 1960.

Firemist Gold was a 1965 debutante and it features here on the ’60s Stratocaster. In combination with the earlier-style mint green pickguard, it’s undoubtedly a very attractive look. Although some may baulk at the light-brown appearance of the pau ferro ’board and long for the rich dark-chocolate hue of a Brazilian rosewood original, it’s worth noting that Fender briefly experimented with alternatives to rosewood in the early-to-mid 1960s. We’ve seen a vintage Jazzmaster in the flesh with a padauk veneer ’board that looked very similar in tone to the slab of pau ferro used here.

Both Firemist Gold and Lake Placid Blue metallics were originally Lucite (acrylic), though you’ve doubtless seen vintage examples of Lake Placid Blue on which the clear nitrocellulose top coat has yellowed to give the guitar a green hue almost indistinguishable from Ocean Turquoise. The Road Worn finishes here are described as nitrocellulose lacquer and both are obviously very thin, with visible grain sinkage on both bodies.

As for the ageing itself, Fender has opted for tasteful rather than trashed, with scuffed edges, simulated forearm wear, small dings and areas of fine lacquer checking on the bodies and headstocks. They certainly appear a little more nuanced than the original Road Worn finishes of a decade ago, and Max Gutnik, Fender’s VP of electric guitars, basses and amplifiers, agrees.

“A great deal of thought and care was put into the Road Worn finishes,” says Gutnik. “We’ve evolved the process based on our experience, and that we feel has resulted in our best looking and feeling Road Worn instruments yet. With the more involved finishing process there is of course more room for error, so it’s critical that each instrument receives the attention to detail and care it needs to meet our standards. We put a lot of importance on quality and consistency.”

During previous encounters with Vintera models we’ve been impressed by the neck shapes, and that trend continues here. The Telecaster’s neck carve has more pronounced shoulders than many of the original Blackguard necks we’ve played, but regardless, it’s a satisfying palmful but not overly hefty. And while the edges of the 7.25-inch radius fingerboard don’t quite possess the sumptuous rollover of a 1950s neck, they are nicely broken in. Vintage radius or not, we struggle to make the Telecaster choke out, even with bends that stretch the boundaries of taste.

The simulated wear on the maple ’board happily stops short of looking too heavy or formulaic, while around the back there’s a nicely worn feel with minimal drag. A couple of slightly rough spots take no more than two minutes to smooth out with some 12000-grit Micro-Mesh, but the need for minor fettling in order to get the best out of a guitar shouldn’t be regarded as a deficiency at this price point.

Like on the Road Worn Tele, the area in which the back of the Stratocaster’s headstock flows into the neck features crisper and more defined lines than the soft transition of a vintage instrument, but this doesn’t impact on player comfort at the cowboy end. The Strat’s neck profile is much more era-specific than the Telecaster’s, with a slim oval C-shape tapering into a fuller profile as you pass the fifth fret. It’s just as comfortable a neck shape today as it was in the mid-1960s – especially if you are a thumb-over-the-top player – and we’re in the Goldilocks zone for rhythm and lead work alike.

Though the fretwire is described as Vintage Tall on the spec sheets for both models, the Stratocaster’s fret ends have been rounded with a little more finesse and the fret height feels a fraction lower, offering a smoother ride than the Telecaster as a result. Again, the 7.25-inch radius doesn’t seem to cause any significant issues when it comes to set-up, while the vintage-style vibrato floats beautifully straight out of the box and tuning stability is superb.

Conventional wisdom dictates that a thin finish on a lightweight body makes for a lively, resonant guitar, and these instruments do nothing to challenge that notion. Weighing in at a very decent 7.5lb, the Telecaster is the heavier of the two guitars, but its acoustic sustain and vibrance are more impressive than plenty of considerably more valuable Teles we’ve played over the years. The Strat’s acoustic qualities impress too, with its even decay crying out for the hypnotic throb of tremolo, a splash of spring reverb and judicious dips of the whammy bar. We’re more than happy to oblige.

Both Road Worns are equipped with Fender’s Vintage-Style Hot pickups, but despite the ‘hot’ designation, output levels are still within vintage tolerances. During the testing process, we’re able to compare the Road Worns to a couple of golden-era Fenders thanks to the loan of a 1954 Esquire converted to Tele spec with modern wiring, and a 1964 Strat. It’s not quite like for like, of course – the ’54 Esquire has an ash body and the Road Worn Tele’s is alder, while the ’64 Strat still has its original three-way switch – but it’s certainly interesting to see how these new guitars stack up next to a couple of old campaigners in a studio context. 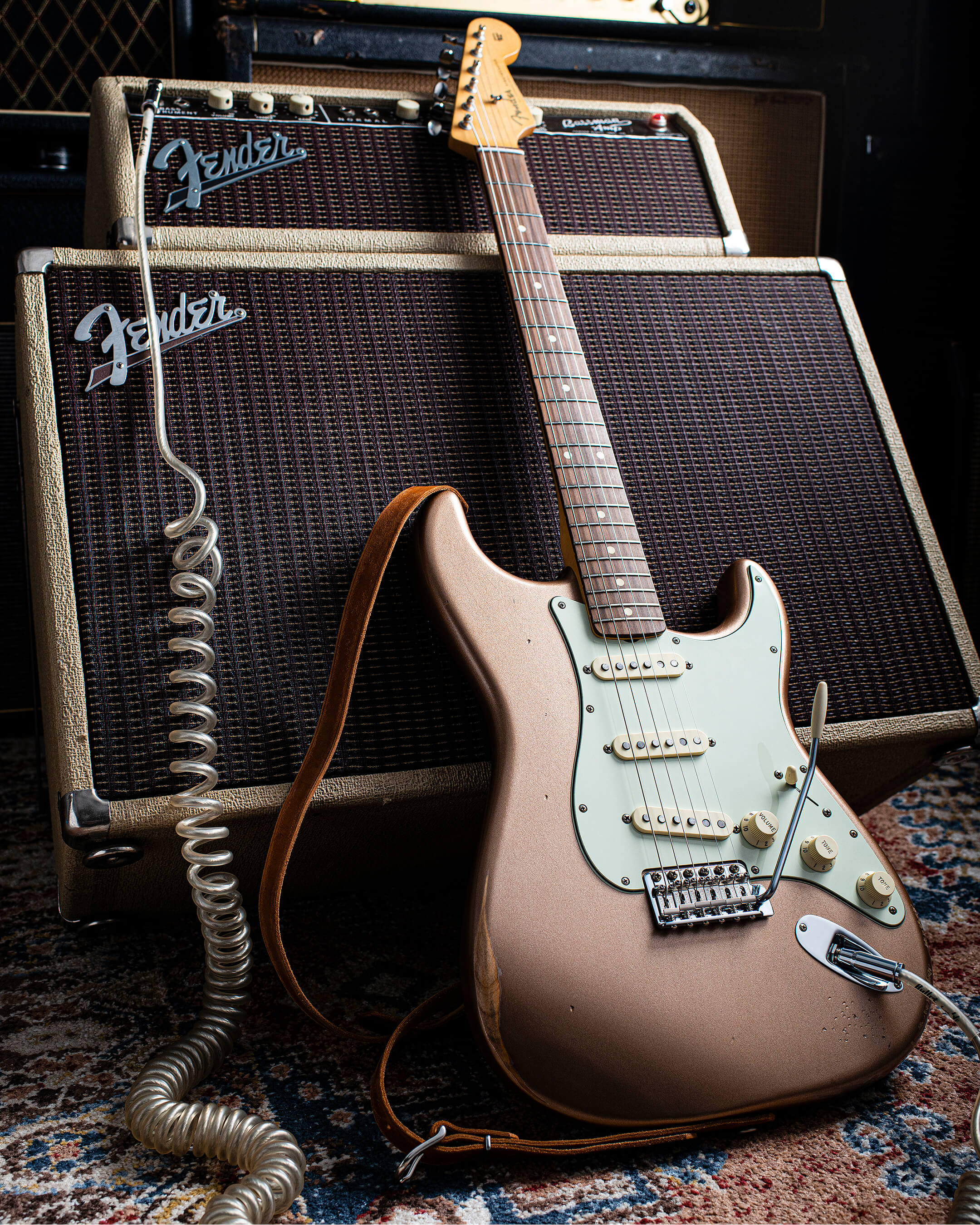 The short answer is very well indeed – it’s by no means the one-sided fight you might have expected. Through a brown Deluxe, the Esquire has a rich complexity that’s thick like molasses in the lower mids. It’s an extraordinary rock rhythm tone, but when we switch to the Road Worn Tele, our engineer marginally prefers the new guitar. The grit is still present but there’s a little more snap and presence, and it occupies less space in the mix.

The sustain characteristics are different too; when you leave single notes and chords hanging, the old guitar recedes smoothly out of the focal plane in a very musical way, while the Road Worn seems hungrier for screen time, with sustaining notes sometimes almost outstaying their welcome in the foreground. It’s somewhat inevitable that the younger instrument would be brasher and the older one mellower, but it’s fascinating to hear how this influences the way they behave in the mix with an otherwise identical signal chain.

Switching to the Strats, it’s a similar story. The ’64 has a woody depth that’s tough to beat, but the Road Worn model sports a spank and a percussive edge that excels in a leaner, wirier, funkier setting. If the battle-scarred sunburst ’64 is Jimi and SRV, the Firemist Gold Road Worn is John Frusciante, Nile Rodgers and Mark Knopfler. That said, the dedicated bridge-pickup tone control stops things getting too scratchy and is a useful thickener, especially with overdrive.

Though we’ve concentrated on their performance in comparison to vintage instruments, it’s important to emphasise that both of our review guitars are classic-sounding Fenders in their own right that tick all the important boxes and beg to be gigged. Everyone’s idea of the perfect Strat or Tele tone is slightly different, and for the tweakers among us, the light weights, thin finishes and characterful neck profiles here provide an excellent platform for mods and upgrades. Whether you are a fan of the vintage aesthetic but priced out of the pre-CBS Fender market – and let’s face it, that’s most of us – or you are simply on the hunt for a vibey and inspiring workhorse electric with a familiar voice, look no further. The toughest decision to make is which colour to choose.