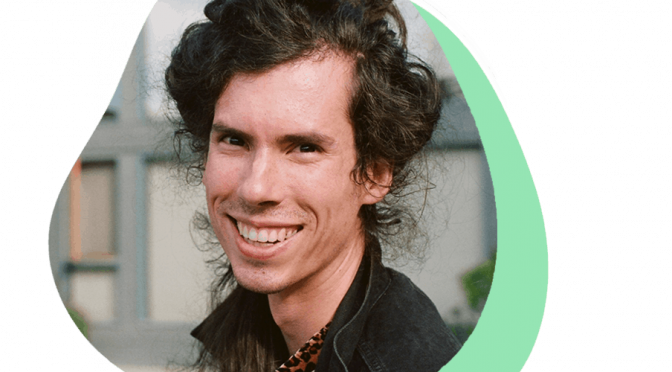 What percentage of musicians are self taught?

So, while a musician may say that they “taught themselves”, the truth is they most certainly learned how to play music from many different sources and had many different teachers, even if they did not take any formal music instruction privately or at a university.

What exactly is a self taught piano player?

Since music does not exist in a vacuum and every musician learns how to play music from many different sources, what exactly is a self taught piano player? There is a lot of mythology built around the self taught musician, much of which is probably false and should be examined.

Primarily, it seems that being a self taught piano player means that you do not have any formal musical training in the way of formal lessons. It certainly does not mean that you have not practiced instruments extensively and that you have some magical natural talents that allow you to skip all the necessary work to become a confident and competent musician. Likewise, it does not mean that you will miss out on any of the proven benefits of music education!

Can you self teach music?

Of course you can self teach music. It is easier than ever to teach yourself how to be a musician, especially with music learning apps like Skoove, one of the best piano apps available today. You do not need to pay expensive prices for weekly private music lessons. Instead, you can use technology to teach yourself at your own pace and style and become one of the most famous self taught pianists if you desire!

Are there self taught singers?

Yes of course there are self taught singers. For instance, Dave Grohl, the lead singer of the Foo Fighters is a self taught singer. Most of the singing musicians mentioned above including Elton John, Prince, and David Bowie are all self taught as well.

Many singers begin learning to sing early on in choirs or in Church where they often do not read notated music and instead learn how to sing only by ear. But of course, this is not just limited to singers. You can self teach with online piano lessons from Skoove.

One of the most prolific pop stars and pianists of all time, Elton John is a self-taught pianist. He learned how to play piano at a very young age and began to practice and learn songs around age 3.

He learned how to practice music simply by listening to it. Without any formal training, he was awarded a university scholarship to study at the Royal Academy of Music in London! Learn Elton John’s classic “Candle in the Wind” in the Skoove app!

Prince Rogers Nelson was an insanely talented self-taught musician. A master of guitar, bass, saxophone, a self taught pianist, as well as one of the greatest musical performers of all time, his legacy of influence is important to music and musicians everywhere.

Prince learned how to play piano chords at a young age by listening to music by ear. As the story goes, the first song he taught himself to play on the piano was the theme song from “Batman”:

With no formal training, he became an accomplished guitarist, drummer, vocalist and pianist by the time he was a teenager. Learn Prince’s iconic tune “Purple Rain” with Skoove:

Bill Withers is an excellent example of a self-taught musician. Withers did not even decide to become a professional musician until he was in his 30’s! After returning from the Vietnam War, Withers found work in an airplane factory in California. He purchased a used guitar from a pawnshop and began to teach himself how to play.

Eventually, he saved up enough money to self-fund a demo recording of a few of his tunes. He was rejected from all the labels he sent his demos to, until a chance encounter with a new label called Sussex operated by Clarence Avant.

Withers’ first record, recorded in just two days, featured two of his most enduring songs, “Grandma’s Hands” and “Ain’t No Sunshine.” Those two songs propelled Withers’ career and helped turn him into a household name.

Another of the most successful and iconic pop stars of the last century is the bassist and songwriting Sting. Sting began to teach himself the guitar around age 10 after an uncle left one behind at his house.

After hearing the Beatles tune “Love Me Do”, he decided he would become a composer and after a stint performing in bands around London, he formed the Police. Since then, he has become one of the most popular and successful solo performers of all time.

Often called the King of Rock and Roll, Elvis Presley was one of the most important musical icons of the last century. His influence sparked the curiosity of many would-be rock and roll heroes including Jimmy Page of Led Zeppelin and Bruce Springsteen.

Elvis learned how to play many instruments in his career, but began at first with the guitar around age 11. He was completely self-taught with no formal lessons. He could not read and write music and learned everything by ear.

However, he became an accomplished guitarist, pianist, bassist, and would practice and perform drums during rehearsals and in the studio. Learn the famous hit from Elvis “Can’t Help Falling in Love” with the Skoove app:

What can be said about The Beatles that has not already been said? Many fans consider The Beatles to be the greatest rock band of all time. Though together for a relatively short period of time, The Beatles have inspired countless musicians to teach themselves to play and many beginners’ first songs are from The Beatles.

The Beatles were all primarily self-taught musicians. They honed their skills as a band and as performers during an intense residency in Hamburg, Germany where they were required to perform sets 4 – 6 times a day! Nothing like repetition to make you a master!

Go to the course

It is well within your grasp to teach yourself how to become a musician. There are so many options available to contemporary music students who are interested and motivated to learn instruments.

Apps like Skoove can help you to develop your musical abilities faster and easier. With hundreds of lessons ranging from classical and pop repertoire to Blues improvisation, interactive feedback on your performances, and an easy to use interface, Skoove can be an important ally on your path to becoming a self taught musician!