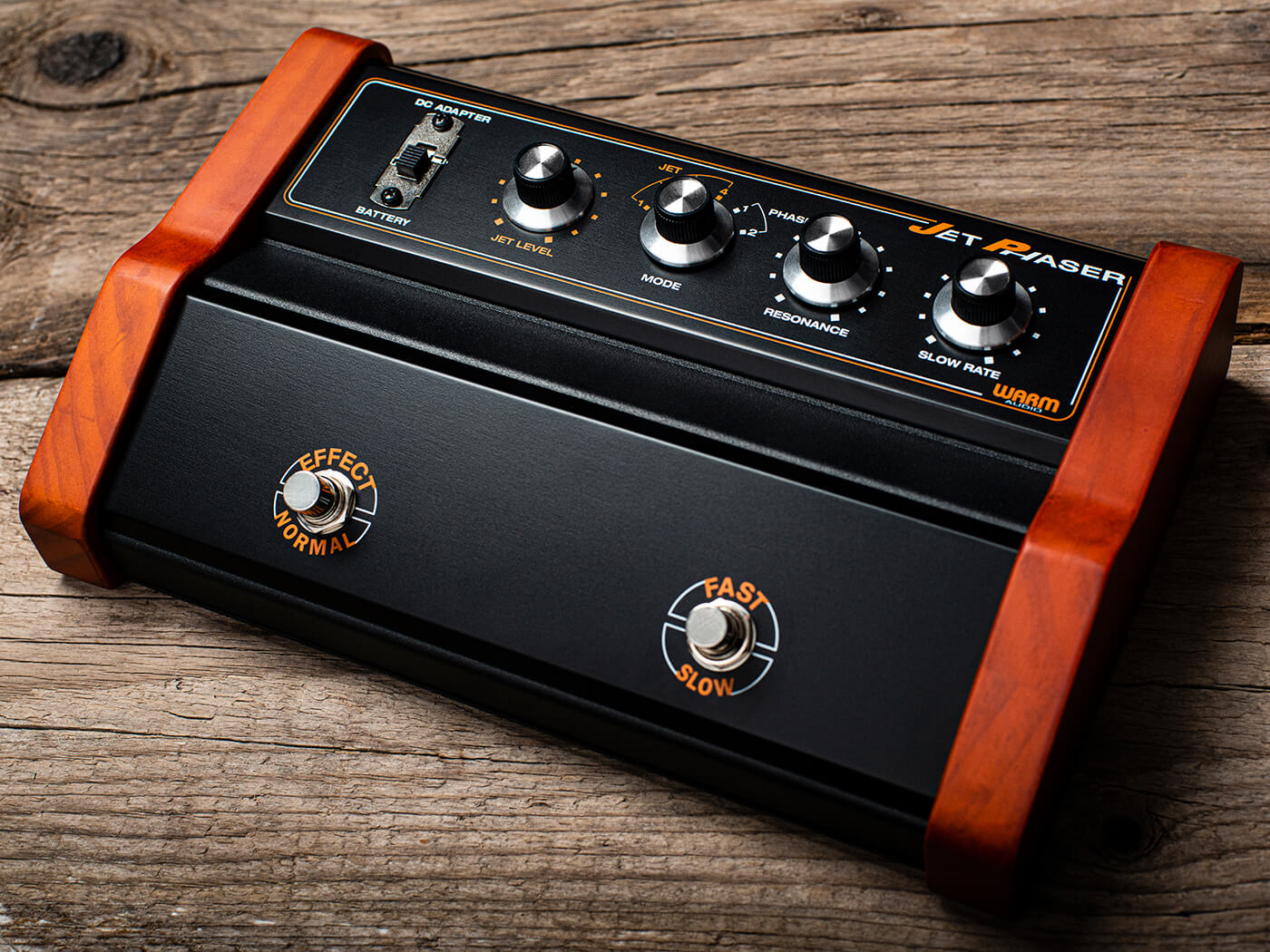 We were quite taken with the Foxy Tone Box, Warm Audio’s fluffy yet ferocious revival of the old Foxx Tone Machine – but if you thought that was bold and quirky, cop a load of the company’s take on another 70s classic, the Roland AP-7 Jet Phaser.

A pedal that’s almost as big and heavy as a pedalboard, with a steel shell and chunky wooden end pieces, the Warm Audio Jet Phaser promises to replicate the Roland unit’s unique combination of deeply swirly modulation and hot, searing fuzz. 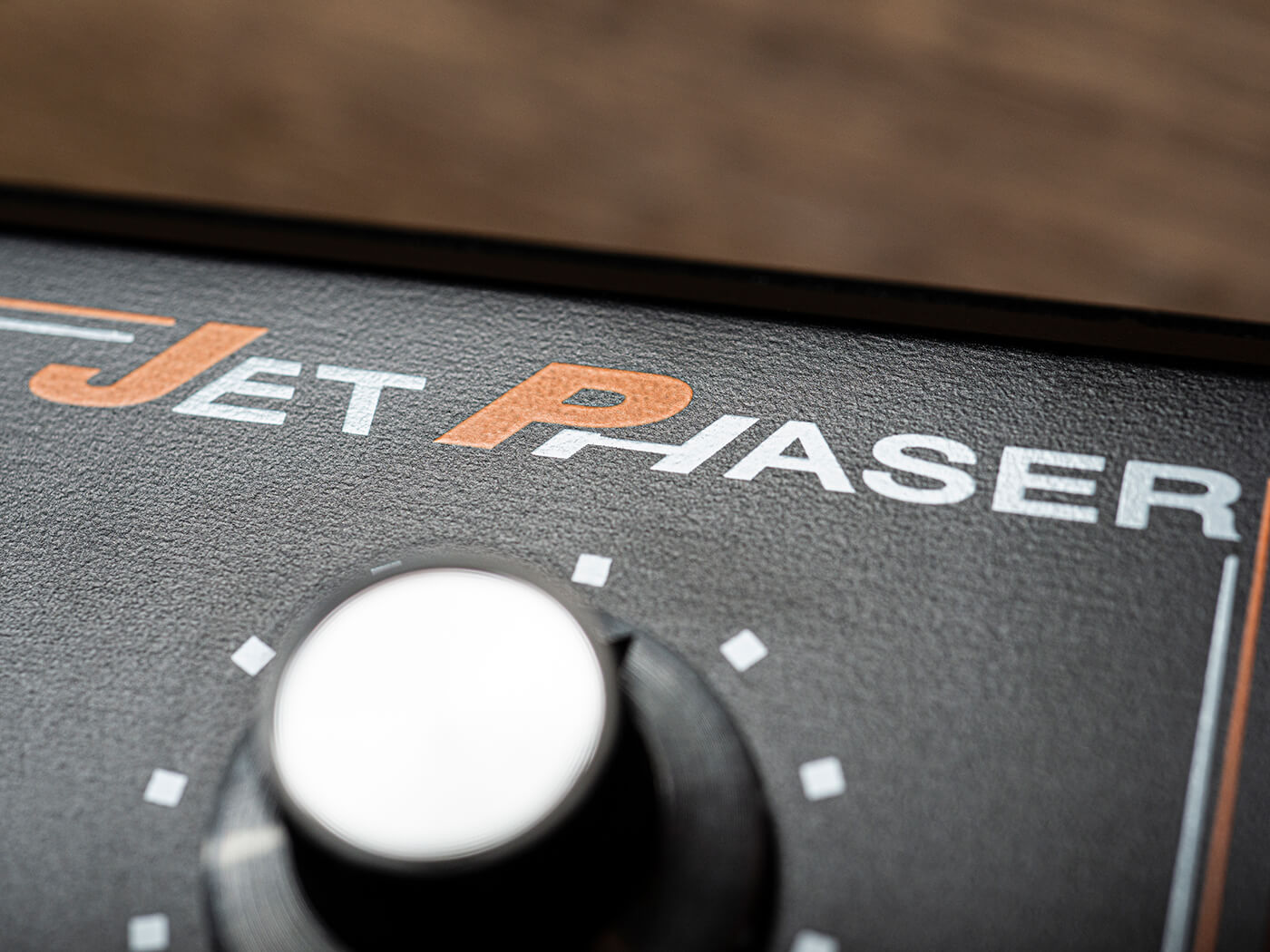 As with the Foxy Tone Box, keeping it authentic has been prioritised above concessions to modern convenience. The designers could surely have squeezed their ‘faithful recreation’ of the original circuit into a much smaller enclosure, but we’re very glad they chose not to. Anyway, there is at least one modernising touch: an 18V adapter input, as an alternative to running it on two PP3 batteries.

Oddly, a switch has been added for manually selecting mains or battery power, but the other controls are true to the original: fuzz output level, phaser resonance, slow phaser rate and, most importantly of all, a six-way mode dial. Jet modes one to four offer bright or dark fuzz with light or heavy phasing, while the other two keep the modulation clean (there’s no option for fuzz without phase). That second footswitch lets you ramp the phaser speed up and down, Leslie-style, between your selected slow rate and a fixed ‘fast’ setting. 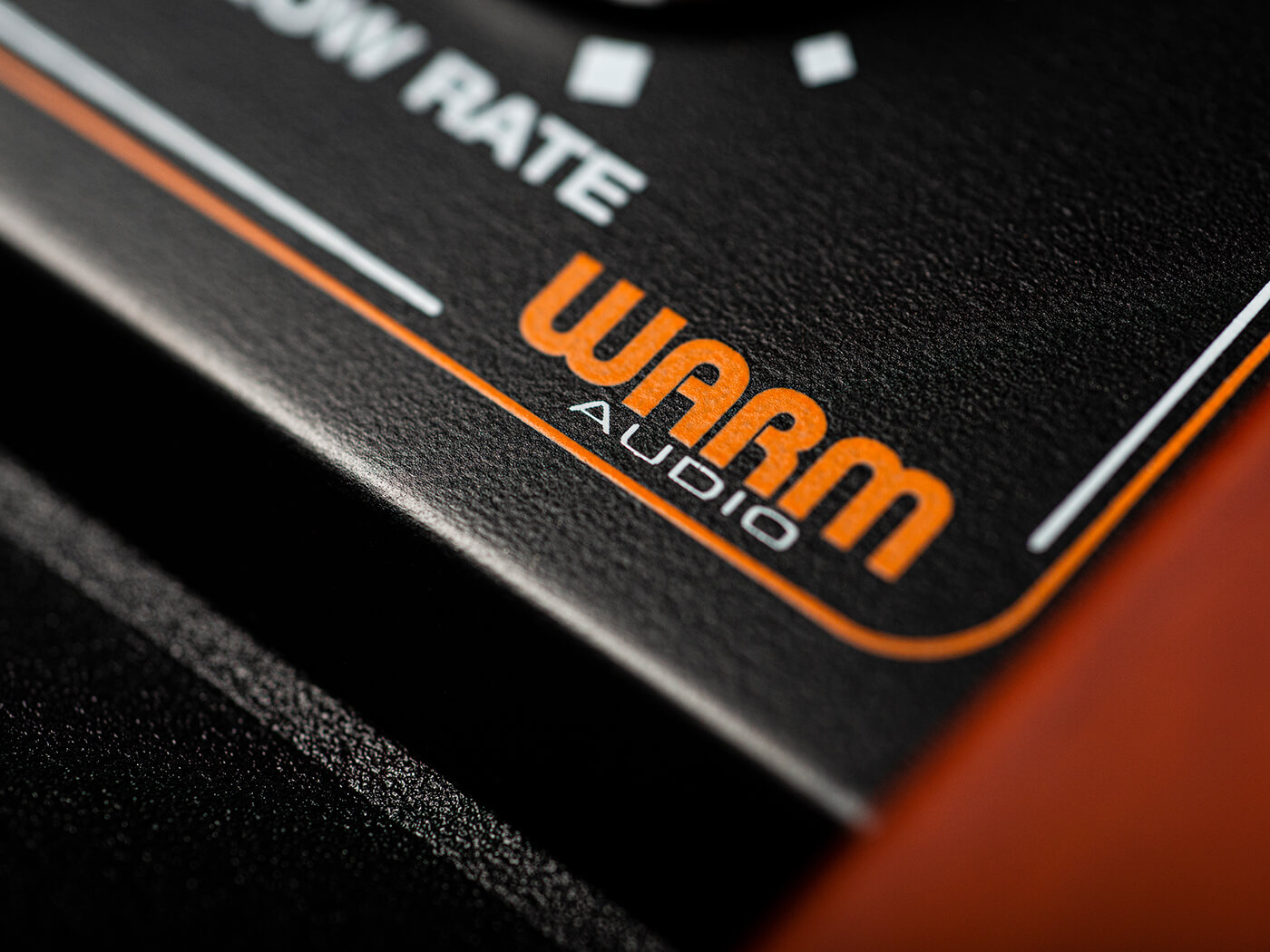 We plunge recklessly into jet mode two – for the zingiest fuzz and the deepest phase – with resonance maxed out and speed at its slowest. As expected, it’s intense: the phasing effect arcs around in a demonically creeping swirl, with a ripping texture that really is reminiscent of being too close to a jet engine. Wowzers.

Mode one calms down the modulation with no loss of fuzzy fire; it’s great fun and quite inspiring for lead playing, despite a dramatic scooping out of the lower frequencies through most of the phaser’s range. Modes three and four fix that, but at the expense of all that blistering treble. Well, there’s a reason most distortion pedals have tone controls… 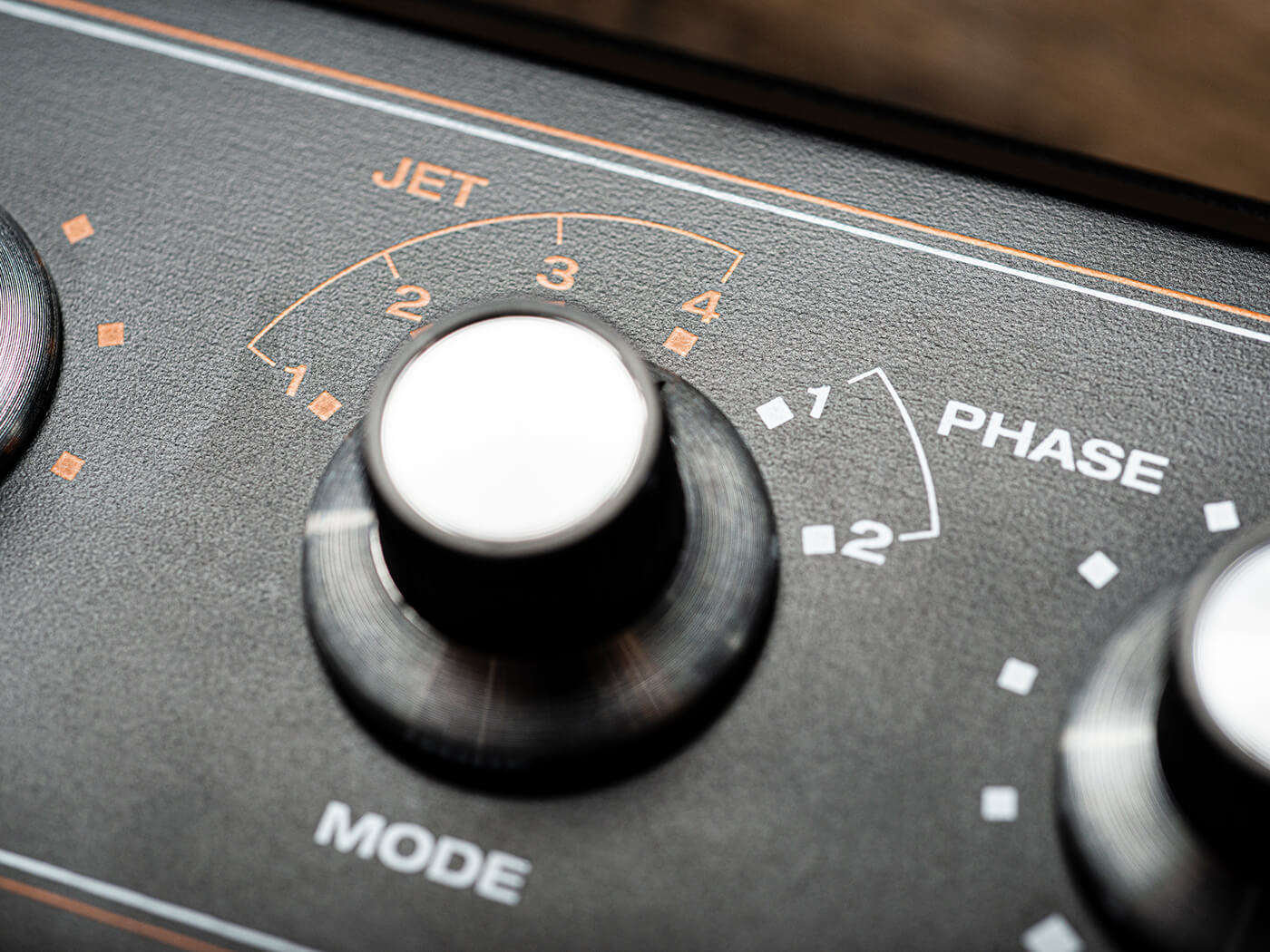 The clean phaser modes are a little tame after all that, but they do their own less spectacular job with some finesse – and the speed switch does allow for cool ramping effects that recall rotary speaker simulators like the Neo Micro Vents.

A couple of minor issues need to be mentioned here: the jet level is supposed to be capable of adding a significant boost but ours barely matched the bypass signal when set to full; and the sound with mains power was slightly thinner than with batteries. Early-production gremlins, perhaps?

It’s hardly important anyway. We described the Warm Audio Foxy Tone Box as ‘joyously impractical’, and that’s arguably even more true here. The Jet Phaser is a daft piece of kit in some ways, but in sonic terms it’s an absolute riot – and for some of us, that’s all that matters. 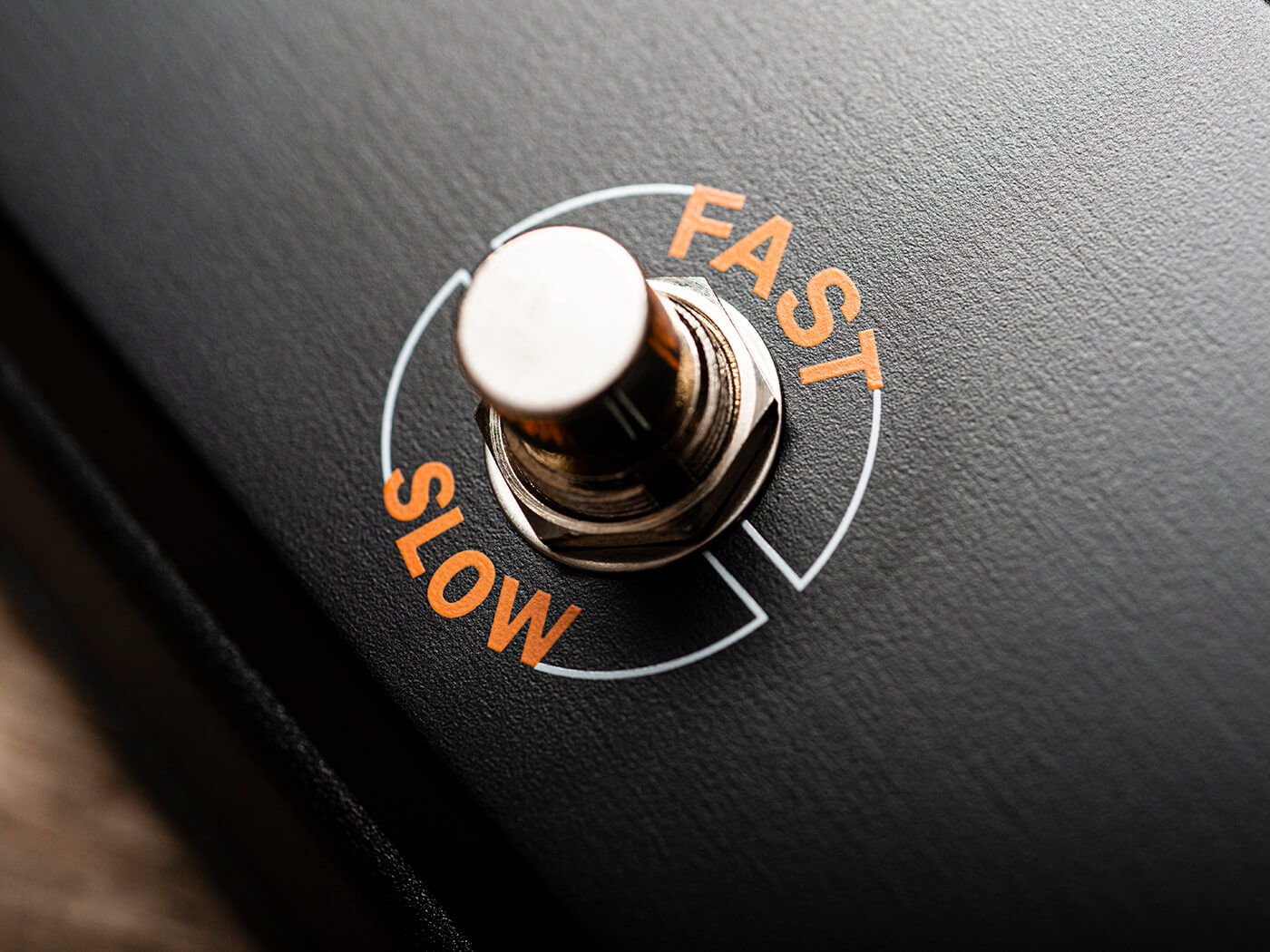