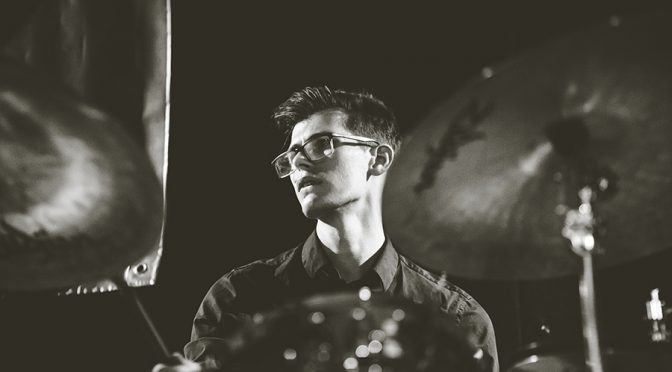 Joel Barford joins a growing list of talent to to appear in the Mike Dolbear masterclass room, when The UK Drum Show returns at its new home, the ACC Liverpool on the 2 & 3 April.

Joel is routed in the tradition of jazz. He is at his best when given the opportunity to improvise, create and express himself through the music. Taking inspiration from the likes of Bill Stewart, Gregory Hutchinson, Elvin Jones, Jack Dejohnette, Jeff ‘Tain’ Watts, Brian Blade, Mark Guiliana, Tony Williams and Keith Carlock. Joel is a regular performer at Ronnie Scott’s Jazz Club where on occasion, hosts his own show under his own name.

As well as his love for jazz, he is also known as a session musician playing all kinds of styles from blues to pop to funk to Latin to fusion. Joel has toured round the world playing festivals such as North Sea Jazz Festival (NL), Rock Wertcher (BE), Colours of Ostrava (CZE) and TW Classic (BE) with CC Smugglers where they were given the opportunity to open for Bruce Springsteen.

“Joel is a rare type of musician. There are people that are gifted, that are lucky enough to discover it early in life and then way less who apply the degree of passion, dedication and work ethic to it as Joel does. That’s still not why I love his playing. I get fascinated by his way of making tradition sound fresh, his way of making impossible things seem easy, the way he expresses himself on his instrument. You will definitely hear a lot of this young man in the future.  And I can’t wait myself.” – Benny Greb