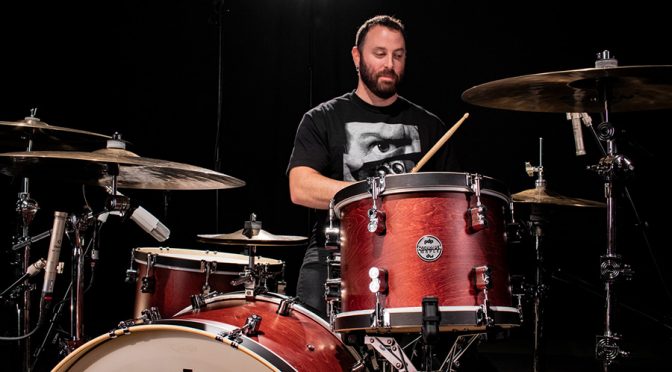 Organisers of The UK Drum Show are pleased to announce that Dave Elitch will be joining an amazing line up of artists, when this two day event returns to Liverpool ACC on the 30th Sept and 1st of October 2023.

Dave Elitch ,first garnered attention with his band Daughters of Mara’s debut album “I am Destroyer” in 2007, but his time touring with the American progressive rock band The Mars Volta in 2009-2010 is what really put him on the map. He has since worked with: Weezer, Miley Cyrus, Justin Timberlake, M83, The 1975, Antemasque and Killer Be Killed as well as many others. He conducts masterclass lectures and workshops worldwide and is a regular in the LA session scene, including performing on ,ilm scores for many major motion pictures and shows. As an educator for the last 25 years, Dave has developed a reputation as the physiological, mind/body specialist who has helped many of the world’s top players and educators overcome physical and mental plateaus at his private studio in Los Angeles. His groundbreaking instructional course “Getting Out of Your Own Way” is available now at www.daveelitch.com.

Dave will be appear on the main stage Sunday 1st October in association with DW, Sabian, Vic Firth and Remo who will also be attendance in the exhibition hall.

Companies wishing to exhibit at The UK Drum Show should contact organiser Neil Golding at organiser@theukdrumshow.com or call +44(0) 7717 404 243.