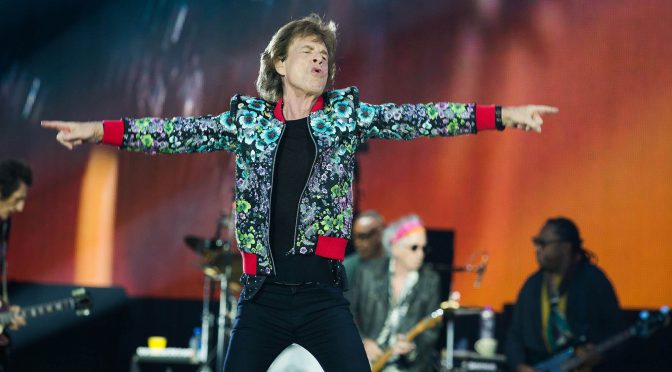 Mick Jagger of The Rolling Stones was filmed flashing back at a topless woman in the crowd at one of their shows earlier this week. The band were on their European tour to celebrate 60 years of being together when the flashing occurred.

The gig took place in Spain last Tuesday (2 August) when a female fan was spotted completely topless on the shoulders of another audience member, swinging an American flag around her head, when Jagger decided to cheekily lift his top up and flash her back.

The flashing happened during (I Can’t Get No) Satisfaction and was originally shared to Mick Jagger’s Instagram story before it was shared by The New York Post.

You can take a look at the clip below:

Their 60th anniversary tour is the first time the band have been back on the road following the passing of drummer Charlie Watts. A documentary series titled My Life As A Rolling Stone was recently released via the BBC which explores the band’s journey through each member’s eyes.

In the documentary, Keith Richards opened up on his history of drug use, explaining how he used heroin to deal with the pressures of fame. He said, “it’s a rough old world and sometimes you need something to blank it out. And it probably ain’t worth the ride.”

You can watch the documentary series on BBC iPlayer now.

The post Watch: Mick Jagger flashes back at topless woman in the crowd appeared first on Guitar.com | All Things Guitar.