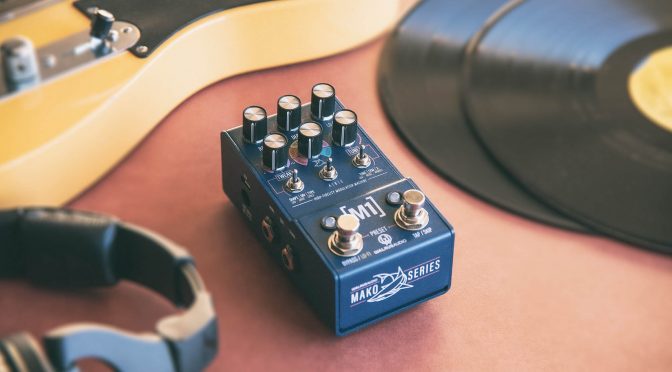 Walrus Audio has launched the latest in its Mako series of pedals, M1 High-Fidelity Modulation Machine. As its name implies, the pedal offers up a host of modulation algorithms.

Walrus Audio says that the fully-digital modulation station is inspired by “analogue modulation circuits of old,” however, it brings a set of modern features to the table. Like the other Mako pedals, the unit has MIDI support and stereo inputs and outputs. Using MIDI allows you to expand the number of presets from the stock nine to 128.

The pedal features the same layout as other pedals in the Mako series – its stepped enclosure has two footswitches, three toggle switches and six control knobs. The central control knob is a rotary selector choosing between chorus, tremolo, phaser, vibrato rotary speaker and filter effects. The left footswitch bypasses the pedal or toggles lo-fi mode, while the right is a tap-tempo footswitch. Pressing both in tandem will enter into preset selection mode, with each footswitch cycling through the slots.

There are single-function controls for rate, depth and the amount of lo-fi effect added, as well as multi-function Tweak and Tune knobs which offer extensive deep-editing of each program’s behaviour.

Hear the pedal in action with Walrus’ demo below.