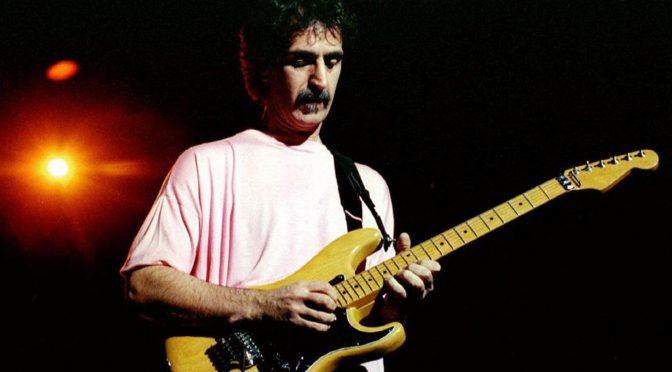 Universal Music Group has announced an agreement with Frank Zappa’s family to acquire the rock guitarist and composer’s estate. The deal covers the musician’s prolific recordings, publishing catalogue, film archive, name and likeness, and the complete contents of “The Vault”, a storage facility that houses the late Zappa’s life’s work.

READ MORE: “You’ve got to take it easy,” onlooker tells brawlers at Eagles concert fighting during Take It Easy

With the acquisition, Universal Music Enterprises (UMe) and Universal Music Publishing Group (UMPG), will build on the company’s existing partnership with the Zappa Trust to amplify Frank Zappa’s four-decade career as a brilliant musician and iconoclast.

No financial details of the deal were revealed.

“Ten years ago, Gail Zappa [Frank’s wife] partnered with UMe to bring Frank Zappa’s music into the digital era and help expand the Frank Zappa business around the world, setting in motion a fruitful partnership that has resulted in exponential growth,” said the Zappa Trust in a statement announcing the deal.

“Together over the last decade we made Frank’s vast catalogue of music available for streaming and download, reissued many of his pivotal albums on vinyl, created a slew of exciting archival releases and expansive box sets, including a series celebrating FZ’s legendary Halloween concerts, and were nominated for a Grammy for the 200 Motels (The Suites) orchestral album.”

“UMG have more than proven their passion for Frank’s art and so the entire Zappa family – Moon, Dweezil, Ahmet and Diva – is thrilled to pass the baton to the new forever stewards for all things Frank Zappa. Old and new fans will get more of what they want – more Frank Zappa music for years to come.”

The label also says it intends to attract new audiences around the world with “merchandise, feature films, interactive experiences, as well as non-fungible tokens (NFTs) and other next-generation Web3 projects.”

Zappa, who died of prostate cancer at age 52 in 1993, released over 60 albums during his lifetime. An eccentric creator with a penchant for experimentation, the musician was famed for his free speech activism and anti-establishment criticism. He was posthumously inducted into the Rock and Roll Hall of Fame in 1995 and awarded the Recording Academy’s Lifetime Achievement Grammy Award in 1997.

UMe’s president-CEO Bruce Resnikoff added, “It has been a privilege to work with the Zappa family to release Frank Zappa’s music around the world, grow his audience, and protect his legacy for the past decade. Zappa was a pioneering, visionary artist who created an incredible body of work and we are incredibly proud that Gail, and now his children, have entrusted us with his important legacy.”

“We will continue to develop innovative ways to celebrate his vast and influential catalogue for both longtime fans and those just discovering his genius.”