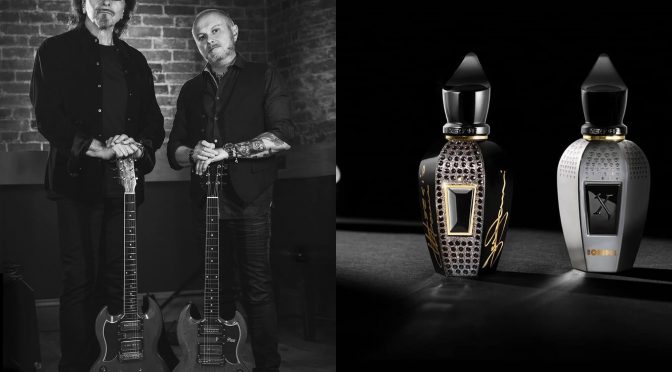 Legendary Black Sabbath guitarist Tony Iommi has released his first new recorded music since Black Sabbath’s 13, a doom-infused new single entitled Scent Of Dark. Fittingly for such a title, the song has been released alongside a fragrance designed in collaboration with Xerjoff and Sergio Momo.

The song itself features Momo joining Iommi on guitar – playing a Gibson Tony Iommi signature Monkey SG alongside Iommi’s own, as you can see in the song’s music video. The track also features cello from Rebecca Rose and violin from Julianne Bourne.

“I’ve had the riff for quite a while and I’d never done anything with it,” Iommi said in a statement “But it gave us a base to start from. We built up the track with programmed drums at first and then Mike Exeter demoed bass and keyboards on it, and I added my guitar solos, just to give us an idea of how it was going to sound.

“Then we added the strings. I’d worked with string sections on Sabbath albums before, but this was a whole new experience.”

As to how the godfather of metal himself came to develop a perfume, Iommi revealed he struck up a friendship with Momo and Xerjoff over lockdown.

“I met Sergio through another friend of mine, and Sergio kindly sent me a box of his fragrances and asked if I’d be interested in creating my own, which I certainly wasn’t expecting.

“Sergio suggested I come up with a list of things I like the smell of. He developed some different samples made up from my suggestions and I picked the one I like.”

The smell is described as paying homage to Iommi’s Italian roots with “tantalising top notes of bergamot from Reggio Calabria, rum, Bulgarian Geranium and passion fruit, opening to cinnamon, Bulgarian rose and patchouli at the heart”

The scent is available starting at €235 from 29 November from xerjoffuniverse.com.