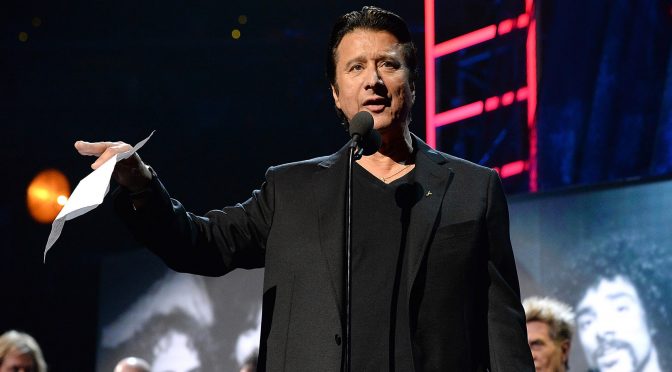 Steve Perry, former frontman of Journey, is suing two members due to a dispute over song trademarks.

READ MORE: Steven Wilson on his absence from social media: “I don’t want to know what fans are saying.”

Perry has filed a petition to cancel the trademark registrations filed by Neal Schon and Jonathan Cain in 2020 (according to Ultimate Classic Rock), claiming that the pair had filed to register 20 Journey tracks through Freedom JN LLC for usage in marketing hats, T-shirts, and other merchandise, which he allegedly did not agree to.

The singer reportedly claims that the 2020 filing violated an earlier agreement which outlined that agreements must be made with “prior, written unanimous consent of all partners in each instance.”

The petition lists the following tracks where the trademark registration will now be re-evaluated:

Good Morning Girl
Only the Young
Trial By Fire
Any Way You Want It
Stay Awhile
Lovin’, Touchin’, Squeezin’
Wheel in the Sky
Raised on Radio
When You Love a Woman
Open Arms
Still They Ride
Who’s Crying Now
Hopelessly in Love
Send Her My Love
After the Fall
Girl Can’t Help It
Ask the Lonely
I’ll Be Alright Without You
Stone in Love
Separate Ways

Perry’s petition was filed in Woodland Hills, California on 11 September, 2022.

Journey are a band who’ve experienced their fair share of member changes, disagreements and legal battles. This latest legal dispute continues the ever-opening can of worms and follows a rift involving former bassist Ross Valory and drummer Steve Smith. This briefly led to competing lawsuits over control of the band – Cain and Schon have already sold their song ownership interests to Hipgnosis, in June 2019 and February 2020 respectively, Ultimate Classic Rock states.

You can read the full petition filled by Perry here.