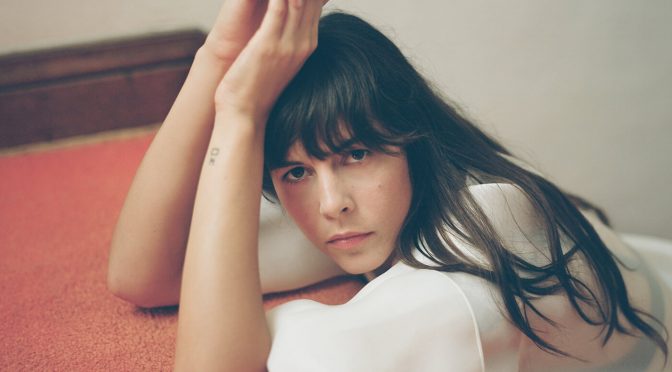 Madi Diaz is supposed to be on a post-gig comedown when we call her hotel in Chicago. She’d been slated to play a set as part of the city’s Out Of Space concert series just before, but sadly for everyone involved, the weather had other ideas. The gig was washed out before she ever took the stage, but thankfully the 35-year-old is taking it in her stride: “If it’s not Covid it’s the weather!” she chuckles.

READ MORE: “I had more to say with music than as a lyricist”: Robben Ford returns to instrumental music after 24 years

We shouldn’t be surprised at her healthy sense of perspective – to listen to Madi Diaz’s music is to experience someone wrestling with some of the most complex and delicate kind of emotional turmoil imaginable, and turning it into art. Her latest album, History Of A Feeling is her finest work yet, exploring the complicated heartache she felt when her ex-partner came out as transgender, the album delves right into the depths of a tornado of emotions yet Diaz has made an record that can be universally comforting for anyone struggling with closure.

“We’ve all been through something hard,” she explains. “And I really wanted to write a record that felt like we could all level on the feeling of heartbreak and cathartically pat each other on the back.”

Diaz didn’t plan to make History Of A Feeling; in fact, she reveals that her new musical baby “just started happening” when songs she was working on began to coalesce into something more joined up. She recalls, “You start to realise which songs are talking to other songs, and which ones enhance each other. It’s like a quilt.”

While in the midst of making her remedial musical quilt, Diaz turned to producer Andrew Sarlo (whose production discography includes King Princess and Bon Iver) to add the finishing touches and bring History Of A Feeling to life: “I wrote the majority of it in Nashville but wrote one song, Woman In My Heart, in LA. Nashville for me always encourages introspective writing. I feel like I always take a longer pause when I’m there.”

The pandemic has had the whole world relying on art to comfort us more than we ever have before, with continuous lockdowns giving us time to listen to that one album we never get a chance to sit down with from start to finish, and really tune into the meaning of a track.

Diaz, like many of us, has always relied on making music for catharsis. She says, “Songwriting is my cheap version of therapy, I think on the one side of a record I might be trying to work out what I’m feeling, how I came to be in that moment and try to console my way through it or wrap my mind around it. I make some meaning or sense out of it for myself which usually leaves me in a different place or on the other side of it, like you’re the same person only different.”

Our first taste of the new record was with the profoundly vulnerable single Man In Me, which reflects on the beginning of a relationship compared to its solemn end. Diaz sings
“I’m not proud of kicking in your bathroom door, or screaming at you I don’t know you anymore”, a lyric which may hit home on those moments of guilt that linger after a fight.

“I told myself if I had that opportunity again [to release solo music on a label] I would do it exactly how my heart wanted to do it instead of picking the smart first single or something that’s the most pop-y or obvious,” she explains. “I wanted to do that one first because it was largely produced by me, I played all the instruments and arranged the whole thing.”

Diaz’s warm, cosy tones are conceived through her collection of hollow bodies and tube amps: “I’ve been playing this 1959 Harmony Meteor; that is my baby. I love hollowbodies, the neck on that thing is so fantastic.”

The passion for her crafted set-up ignites as she speaks. “I’ve got a Gibson Melody Maker too, I like to carry something that’s a little bit heavier; it grounds me in a different way,” she adds. “I try to play through tube amps like Fender Deluxe, a Carr Rambler which is a Nashville boutique amp they made in the early 2000s, it sounds so warm and lovely and has a bite to it.”

Everything goes through a Fulltone Full-Drive to add some substance and personality to proceedings, with an Electro-Harmonix Holy Grail adding depth.

Her interest in catalogue guitars from the golden era isn’t reserved for Harmony either, as she reveals that hen on the road she’s been taking a copper-finished Silvertone U1 for a spin: “It has weird leather binding on the side and one of those little lipstick pickups that sounds super bratty and funky.”

To invigorate her guitar work, Diaz turned to Joni Mitchell and old Led Zeppelin records, “There’s something so unapologetic about the screeching, scorching tones and then the really beautiful intimate moments on acoustic, finger-picked guitar.” Her fervour comes from the gut as she enthuses “I love the dichotomy.”

Her storytelling is strong throughout, with lyrics and instrumentation that force you to stop in your tracks and feel, something she’s looking forward to bring to a live setting when she embarks on a US tour later this year.

“From the start of the tour to the end the song can take on a completely different meaning or tone or you start applying it to somewhere else or something different in your life,” she explains. “I’m excited to see what shape these songs take.”

History Of A Feeling is out now on ANTI-.

The post “Songwriting is my cheap version of therapy”: Madi Diaz talks new album History Of A Feeling appeared first on Guitar.com | All Things Guitar.