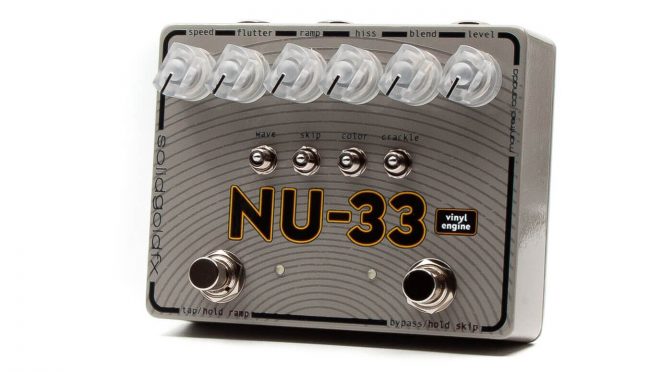 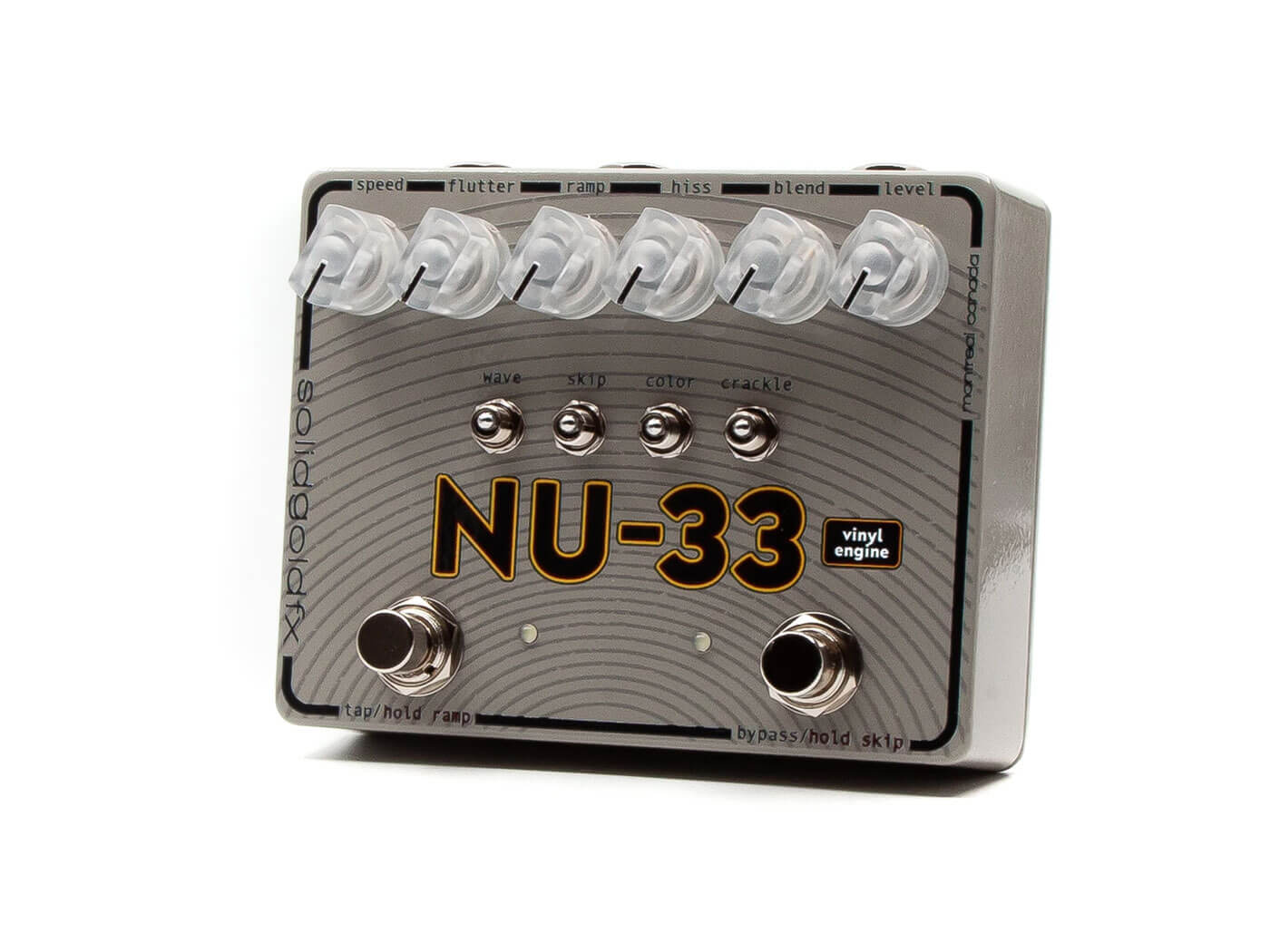 Solid Gold FX has launched the NU-33, an effect called the ‘Vinyl Engine’ – intended to give your guitar playing the character of an old record.

The unit is a dual-footswitch stompbox, with six knobs and four toggle switches. Alongside the standard ¼-inch ins and outs, there’s also expression pedal input. In terms of what it actually does to your signal, it adds a little chorus and vibrato to emulate an inconsistently-spinning turntable, as well as some electrical hiss, crackle and pops.

The speed knob controls how fast the LFO operates, the Flutter knob controls the width of the chorus/vibrato effect, and the hiss knob mixes in white noise. The blend control mixes the wet and dry signals, with the middle being 50/50. The level knob is a master volume that can either cut or boost the pedal. The ramp knob works with the secondary footswitch, allowing you to set a point for the LFO speed to ramp up or down to upon tapping/holding it.

The switches at the centre of the unit allow for the selection of different waveforms, EQ characters and skip patterns (accessed by holding the bypass footswitch), as well as enabling or disabling the crackle effect.

An expression pedal, depending on the internal dipswitch settings, controls either speed, flutter, hiss or speed and flutter simultaneously.

Solid Gold FX writes about the inspiration behind the pedal: “We love vintage guitars for very much the same reasons we love listening to vinyl. While they might not play as great as a shiny new high-end, precision built custom axe, their magic lies in their flaws. Every ding and scrape tells a story, every little bit of player wear and lacquer checking lends a feeling and leads to inspiration.

“Same goes for records… a little bit of noise and static pops add ambience, allowing the listener to get lost in the music while mesmerized by the rotating platter… it’s not so much about fidelity but rather warmth and texture to create a mood. We set out to combine our love for guitars with our love for records and the result is the NU-33.”

The post Solid Gold FX’s NU-33 Vinyl Engine gives you crackle, pop and warble on your board appeared first on Guitar.com | All Things Guitar.