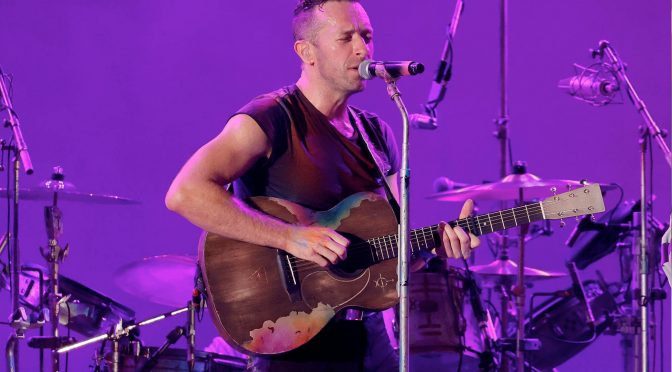 Coldplay have paid tribute to Seattle’s Pearl Jam while in the city, covering their track Nothingman at a recent concert.

“Because we’re here in Seattle we wanted to pay tribute to one of the bands we fell in love with when we were just young teenagers in the nineties,” Chris Martin said, introducing the track as he transitioned from Coldplay’s hit Yellow. He clarified, however, that it won’t be “the best” cover version, instead “just a tribute.”

“Maybe don’t upload it onto YouTube,” he asked the audience. You can see Coldplay perform the track in the YouTube video below.

“If Eddie [Vedder] ever hears this, I love you man, thank you for being so kind to our band,” Martin adds during the performance. Martin is joined by Coldplay drummer, Will Champion, who accompanies him on the piano.

Chris Martin has covered this song before, with Pearl Jam frontman Eddie Vedder at the Global Citizen Live festival in 2018.

The post See Coldplay get their grunge on and cover Pearl Jam’s Nothingman appeared first on Guitar.com | All Things Guitar.