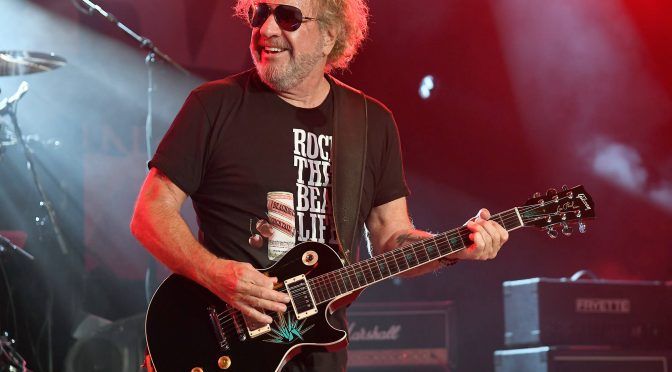 Sammy Hagar has opened up on his history with Van Halen, expressing his regret that a full Van Halen reunion tour “would’ve righted everything” for the band’s complex relationships with each other.

Rumours of a tribute tour after Eddie Van Halen’s passing circulated back in April, but Hagar had noted that he wasn’t so sure, “It’s really not Van Halen without Eddie, so…I just don’t know,” he told News Herald.

Since then, Hagar spent a lot of time discussing the band in a lengthy interview with Rolling Stone, where he shared his belief that a full reunion (prior to Van Halen’s passing) including Michael Anthony, David Lee Roth and himself (and potentially even Gary Cherone) alongside the Van Halen brothers would have put a right to their wrongs.

In the interview he said, “What a shame, huh? I mean, honestly, the shame is that Eddie Van Halen’s no longer with us. That’s the shame. But if we would’ve done that… all the damage that I did with my book, the damage Ed did with his actions and his stuff he did in public, and the Cherone shenanigans, and the Roth reunions, my reunion… that would’ve righted everything if we would have did that tour.”

He added, “And I wanted that so bad. Just to all of us to go, ‘We’re clean again. We’re angels. We’re spotless.’” Also in his chat with RS, he circled back on the idea of a tribute, solidifying the idea that it’s likely one won’t go ahead: “It can’t just be, ‘Hey, we’re going to grab some money.’ I got plenty of money,” he said.