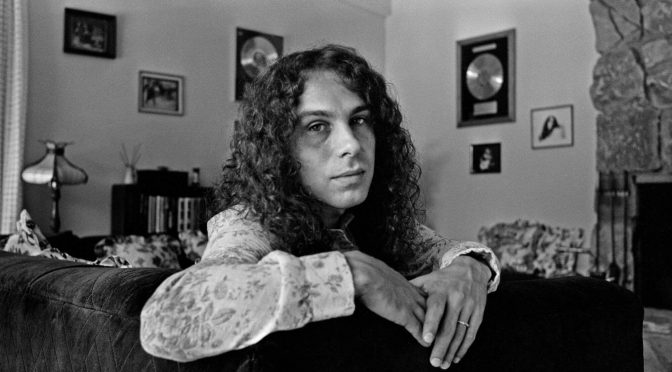 A new clip from the upcoming Ronnie James Dio documentary, Dio: Dreamers Never Die, has been unveiled, showing how the Rainbow vocalist developed his own charity project – sort of like heavy metal’s own We Are The World.

Today, (August 18), new footage from the forthcoming documentary dropped. Set to be shown as part of a two-night theatrical run later this year, the teaser is centred on Hear ‘N Aid – the heavy metal charity record designed by Dio to raise money for famine relief in Africa.

The footage features key figures in the world of heavy metal, alongside personal recollection from the vocalist’s widow Wendy Dio, who recalls that the single was developed when metal musicians were denied the opportunity to contribute to the LiveAid track.

“Ronnie had wanted to be part of that,” Wendy states, “but we were nasty, heavy metal, dirty people.”

The clip also shares isolated audio of the Rainbow frontman recording vocals, alongside a range of behind-the-scenes footage from some of the metal artists who contributed, most notably, Judas Priest’s Rob Halford.

“Ronnie just wanted to show that we want to help, too, but do something that’s a little different,” he states, later adding, “Ronnie was the captain of the ship, and he steered us through what could’ve been an absolute catastrophe.”

The first documentary on the musician to have been authorised by the Ronnie James Dio estate, the film is set to be shown as part of a two-night cinematic run on September 28 and October 2.

Covering the musician’s life, including his early days as a doo-wop singer and his time founding the iconic rock band Dio, an array of never-seen-before photographs and interviews with names such as Tony Iommi, Glenn Hughes, Jack Black and Eddie Trunk are also expected in the release.

For those wanting to view the documentary in cinemas, tickets go on sale next Wednesday (August 24) and a list of participating cinemas can be found on the Dreamers Never Die website.