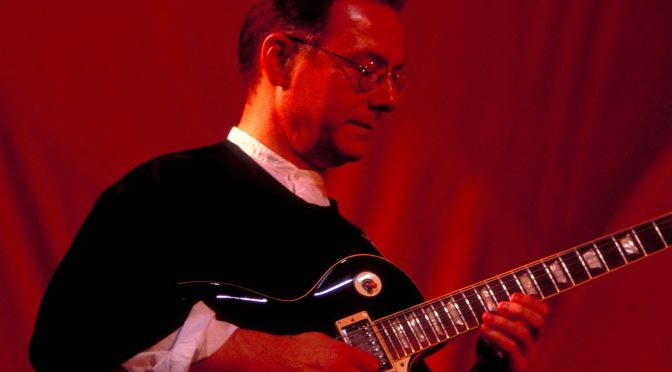 Robert Fripp has spoken out about his opinions on guitar gear, as well as the release of his newest book all about guitar playing, The Guitar Circle.

In an interview with Guitarist, the King Crimson guitarist has shed his thoughts on guitars, amps and pedals, noting that he has “no interest in gear at all”.

“Whatever guitar, whatever amp I’m using I’ll get my sound,” Fripp said. “Here’s an example of this. I went to see Herbie Hancock and Chick Corea at Carnegie Hall: wow, breathtaking. Herbie Hancock on the left. They changed places and played, and their sounds went with them. I still don’t understand that. How can that be? It cannot be the sound of the piano changes. The sound of the piano is the sound of a piano, surely?”

Despite having little interest in guitar gear, Fripp did discuss some of the amplification solutions he’s been using with King Crimson and for his own playing.

“With Crimson I use Axe-Fx, which is very good. For basic work that I can carry myself without a team of engineers I use a Helix. Why? Because Jakko [Jakszyk] uses a Helix and if you’re working in a band with another character you aim for compatibility. The other thing is, he can tell me how to work it.”

This more traditional approach to guitar playing is certainly seen to stem from Guitar Craft which was a course series started by Fripp in March 1985 aimed at teaching others about the craft of guitar playing and developing a “personal discipline”.

In more recent news, it has been revealed Fripp will be releasing a book on 1 September titled The Guitar Circle – which will be “essentially a report on the history of Guitar Craft in the Guitar Circle”.

The post Robert Fripp isn’t choosy about amps, guitars or pedals: “I have no interest in gear at all” appeared first on Guitar.com | All Things Guitar.