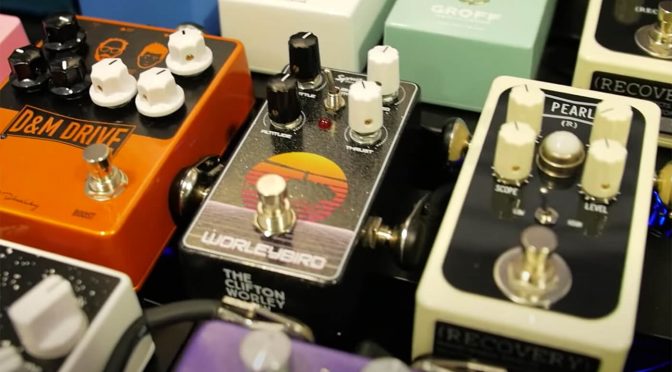 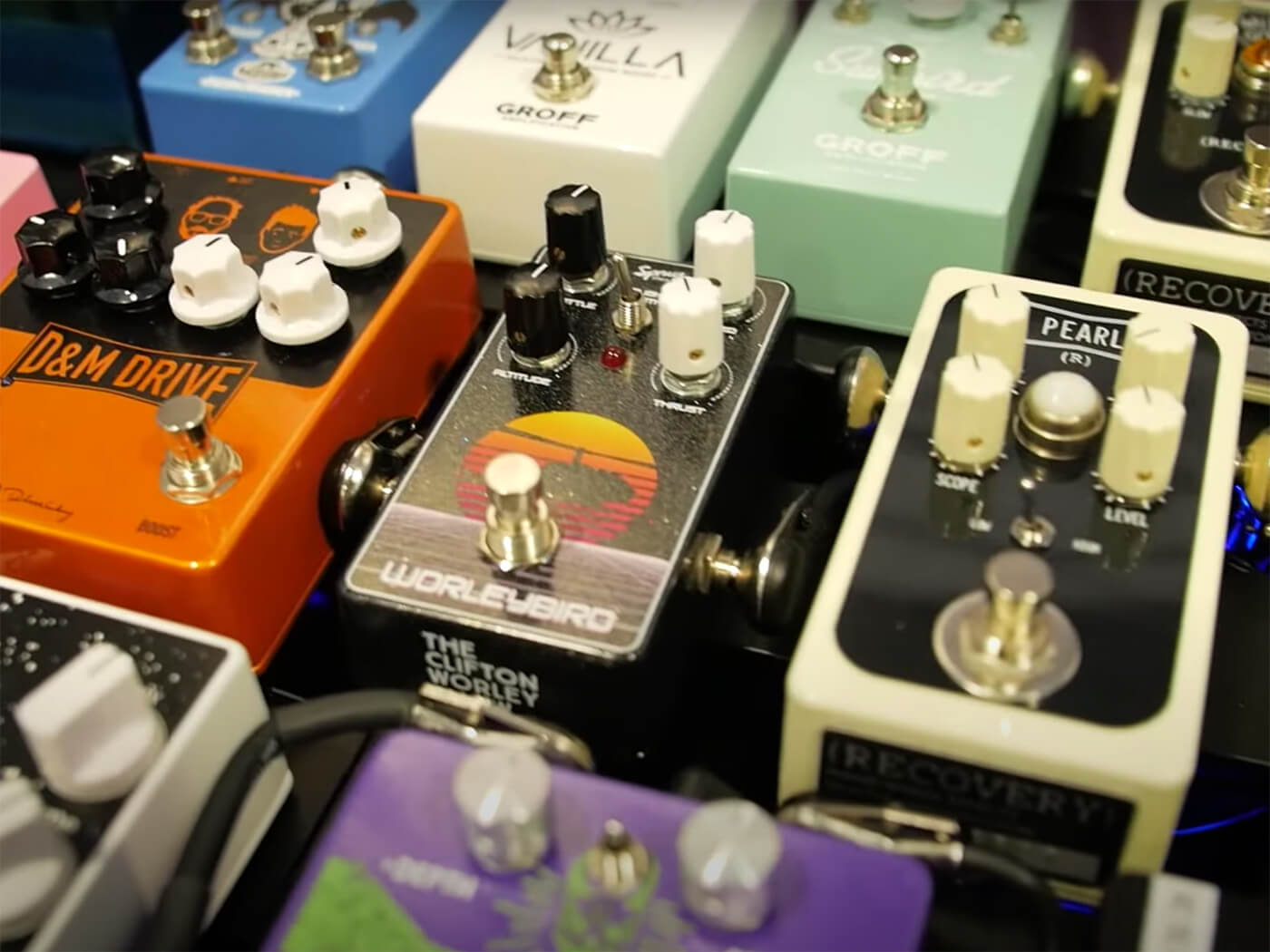 The opening quote of Reverb’s Pedal Movie comes from Gamechanger’s Ilja Krumins, and it sums up the central message of this fascinating feature-length documentary: that guitar would be a very dull place without pedals, and without them would likely have gone the way of the banjo and other heritage instruments that once commanded a place at the heart of popular music. And through its near two and a half hour run time, it makes its case in exhaustive, informative, enlightening and star-studded fashion. 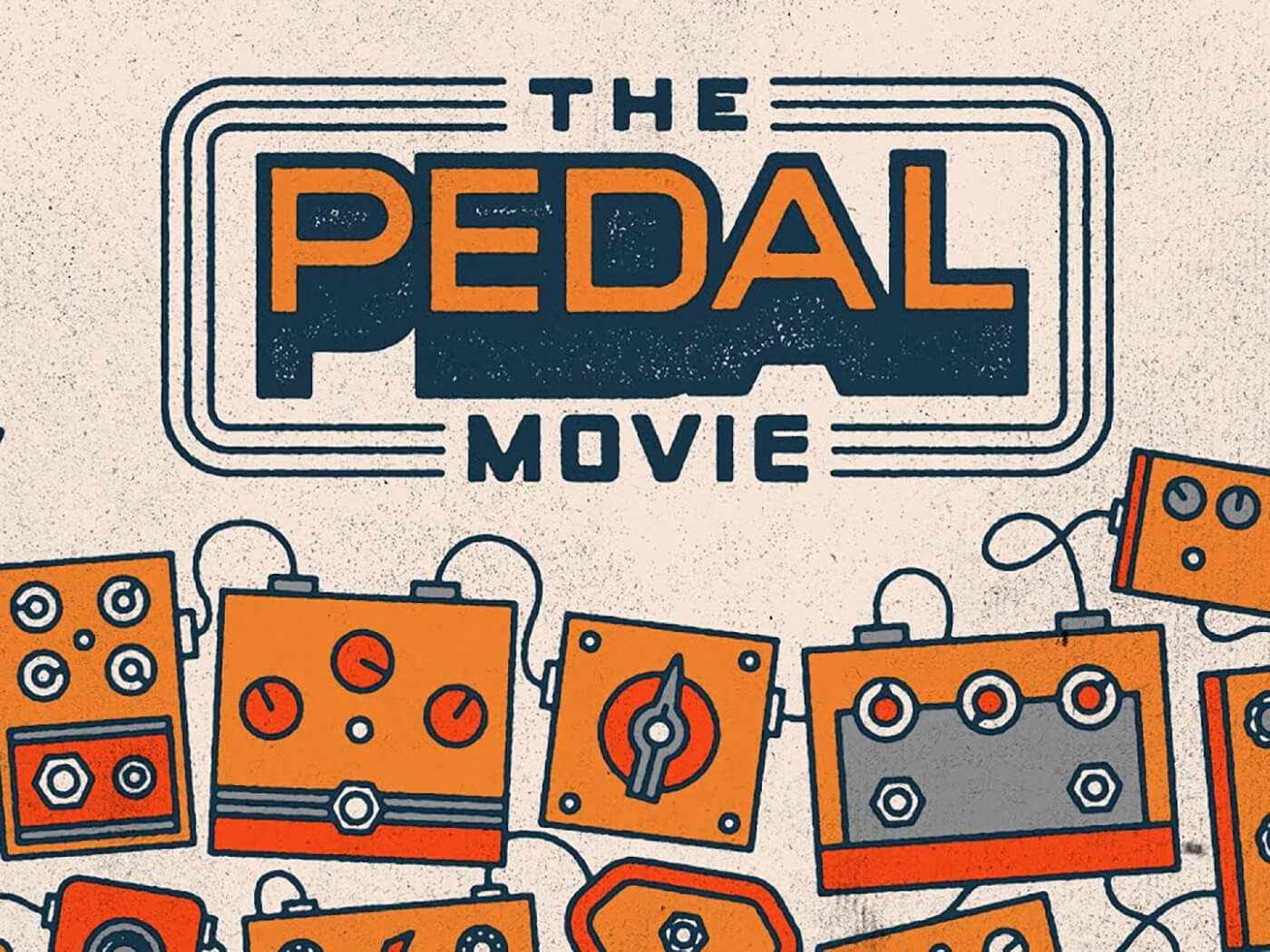 The film kicks us off at the dawn of modern pop music. Pedal historians such as JHS’s Josh Scott, Way Huge’s Jeorge Tripps and ThorpyFX’s Adrian Thorpe MBE take us through the early, Wild West days of effects, when the musical use of mistakes – broken speakers, dodgy consoles, inventive use of existing controls – became featured sounds that enterprising inventors like Glenn Snoddy, Revis Hobbs, Gary Hurst and Roger Mayer turned into wonderful boxes that would alter the course of popular music.

In some cases, the story is told through fresh interviews with those who were there, such as MXR’s Ron Wilkerson or Mu-Tron’s Mike Beigel. In others, the film’s production team draws on the archive interviews of NAMM’s long-running Oral History Project to bring in characters like Hurst, and the larger-than-life voice of EHX’s Mike Matthews. 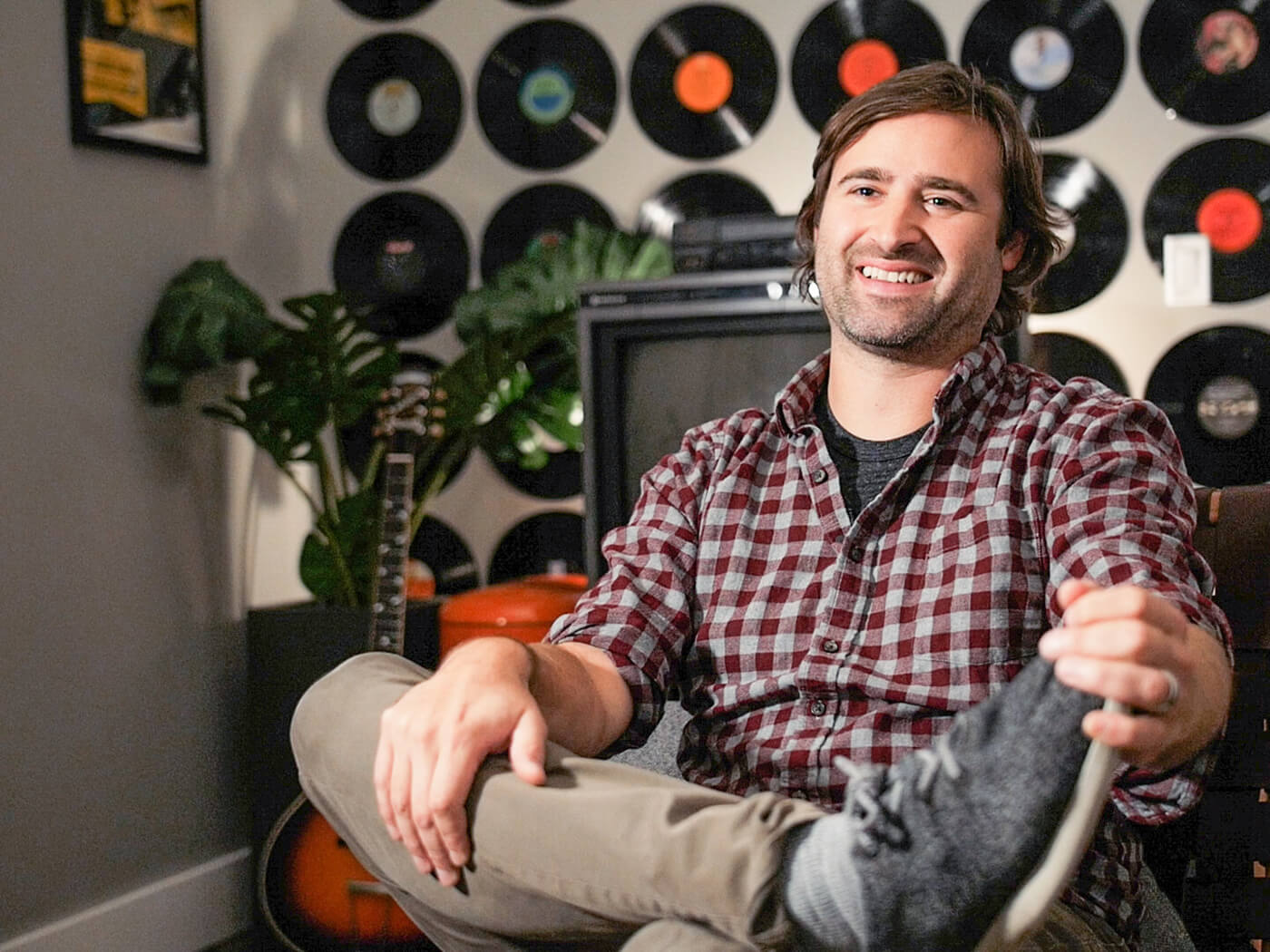 The first hour or so of the documentary does a fine job charting the milestones of the first 40 years of effects development, pulling out the builders, pedals and, of course, the artists and songs that helped make these effects so popular. It also gives the many all-star talking heads the chance to enthuse about their personal effects highs and lows: whether it’s Peter Frampton telling the story of how he discovered the talkbox effect from pedal-steel man Pete Drake, Marcus Miller on the synesthesia of MXR’s coloured pedals, Kevin Shields matter-of-factly explaining how he reinvented the guitar effects world with a reverse delay, or Nels Cline complaining how you’d go into the studio in the 80s and the engineer would put chorus on your guitar after you left. 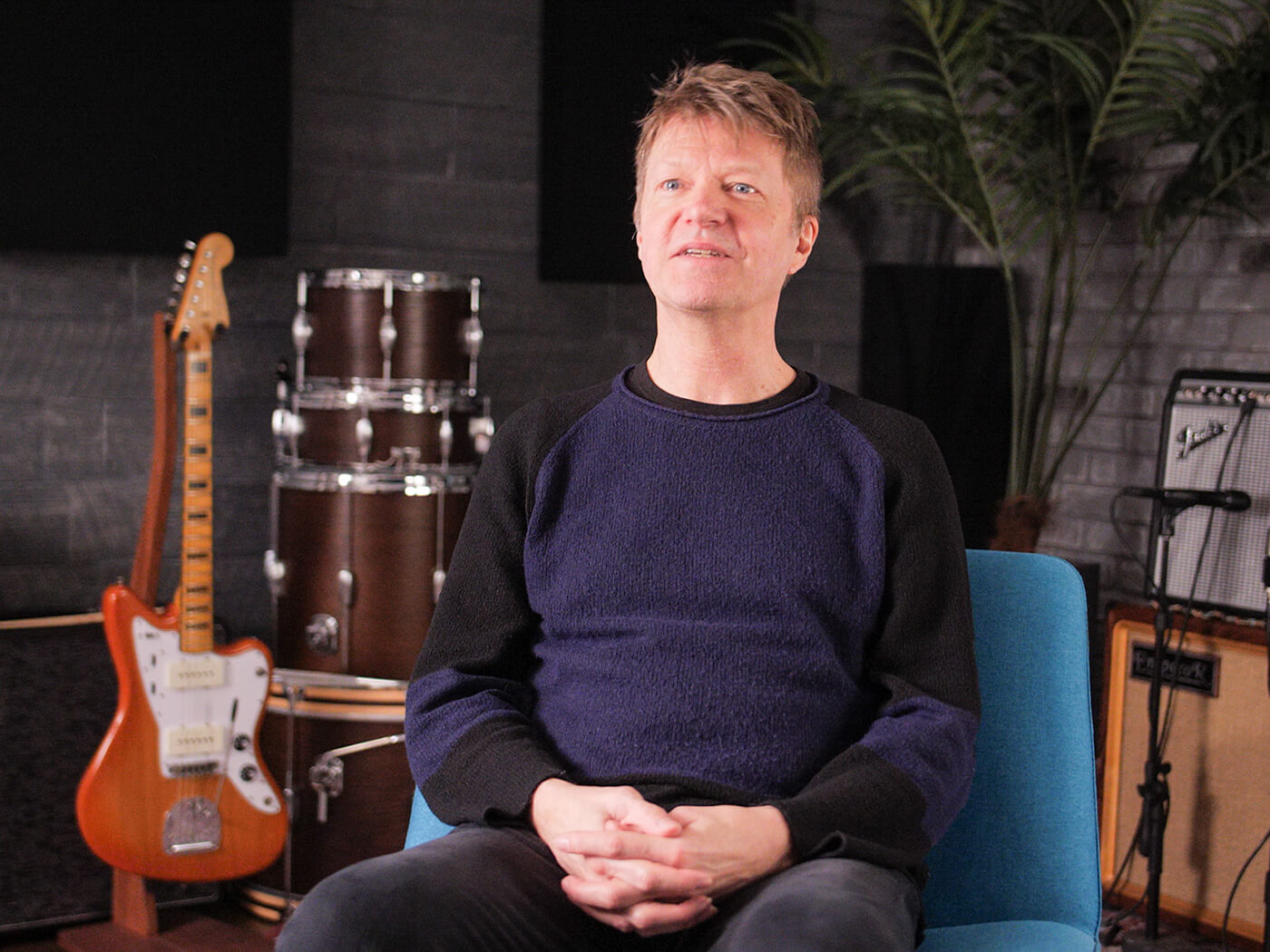 These anecdotes and interjections are fun and endearing, but also add genuine A-list star power to the documentary, elevating proceedings from merely ‘something for guitar players’ to something that will hold interest and relevance to anyone interested in the history and evolution of music and musicians.

As we head into the 90s, things understandably slow down as the boutique pedal world exploded. And it’s here that the pacing of the movie struggles somewhat: what was a bright and breezy clip through the history of effects becomes more about the personalities who inspired the stompbox boom and the enthusiasm of the players who used them. 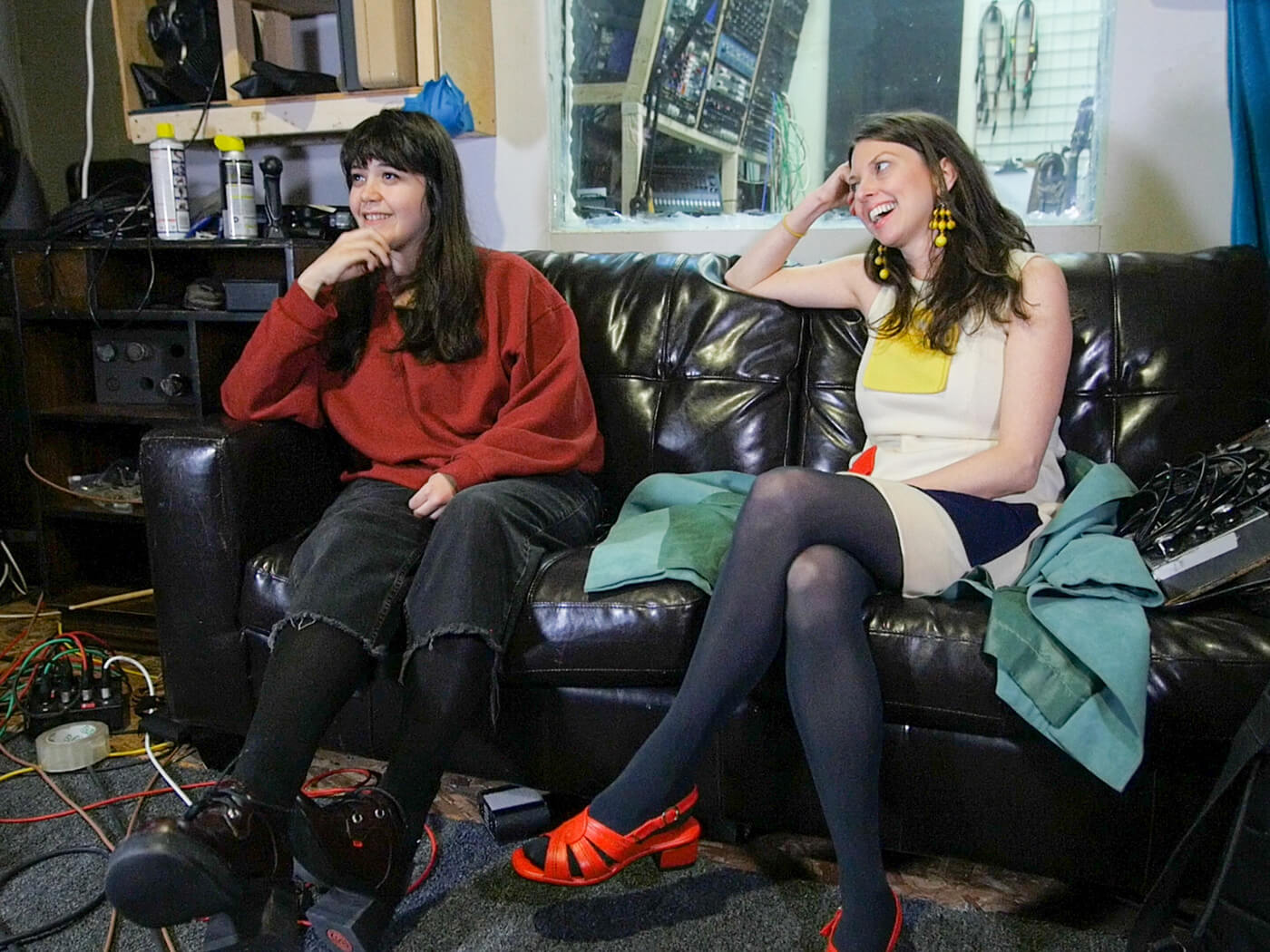 That’s not to say that this is a bad thing. It’s charming hearing Andrew Barta talk about building the first Tech21 pedals in his kitchen and nearly being laughed out of Manny’s when he told them he wanted to charge $300 for a pedal, or Fran Blanche of Frantone talking about her entire business being built on classified ads in guitar magazines. It also gives J Mascis the opportunity to deliver perhaps the best line of the whole thing: “I never understood subtle effects, ‘Oh it’s transparent!’ Well… then why would you turn it on?”

But the Pedal Movie wants to tell you two stories: the history of effects and the history of the people who made them. While it does a great job of both, there’s no escaping the fact that at two hours and change, it demands a lot of investment from the viewer. If we have one criticism, it’s that perhaps this would have worked better as a two-part documentary. 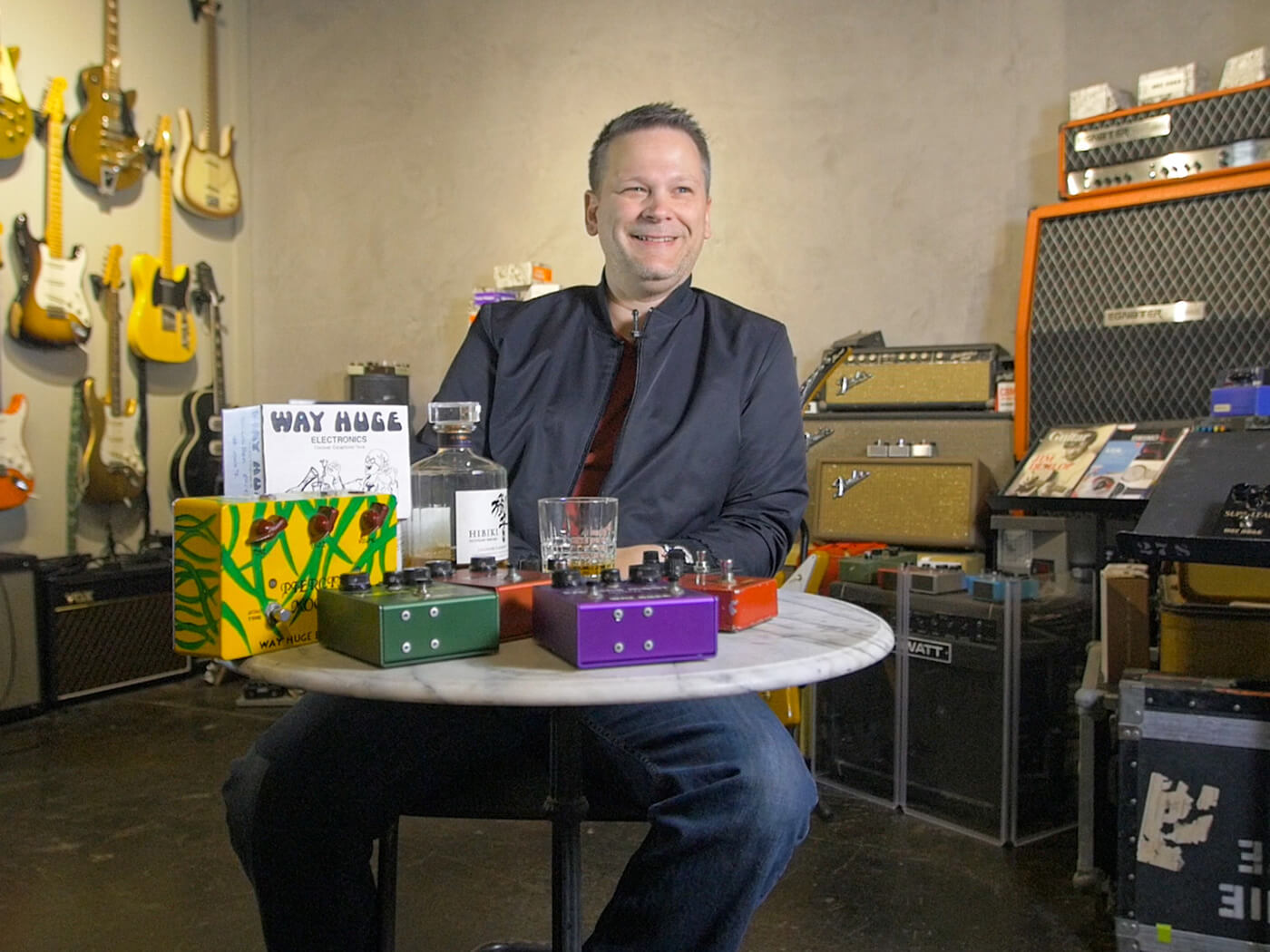 It’s because the second half of the film really is a celebration of the interesting and creative people who have played a part in building the effects pedals community into the behemoth it is today – Robert Keeley, Mike Piera, Zachary Vex, Bryan Wampler… you’d be hard-pressed to find a boutique builder of the last 20 years that doesn’t show up at one point or another.

It’s not all sunshine and rainbows, however, and it’s to the filmmakers’ credit that there are a couple of moments where resentment and frustration are allowed to come to the fore. Wilkerson’s frustration with EHX seemingly beating MXR to the punch with cheaper but poorly made new pedals is one, but the thorny issue of copying circuits is perhaps the most awkward moment of the film.

It’s clear it’s still a situation that divides makers, and those that don’t use others’ circuits for inspiration clearly don’t like being lumped in with those who do, and they aren’t shy about telling us why. It’s arguably the only moment in the Pedal Movie where you get a sense that this picture of the boutique industry being one harmonious community might not always be true. It’s a shame that they don’t dig into this a little more. 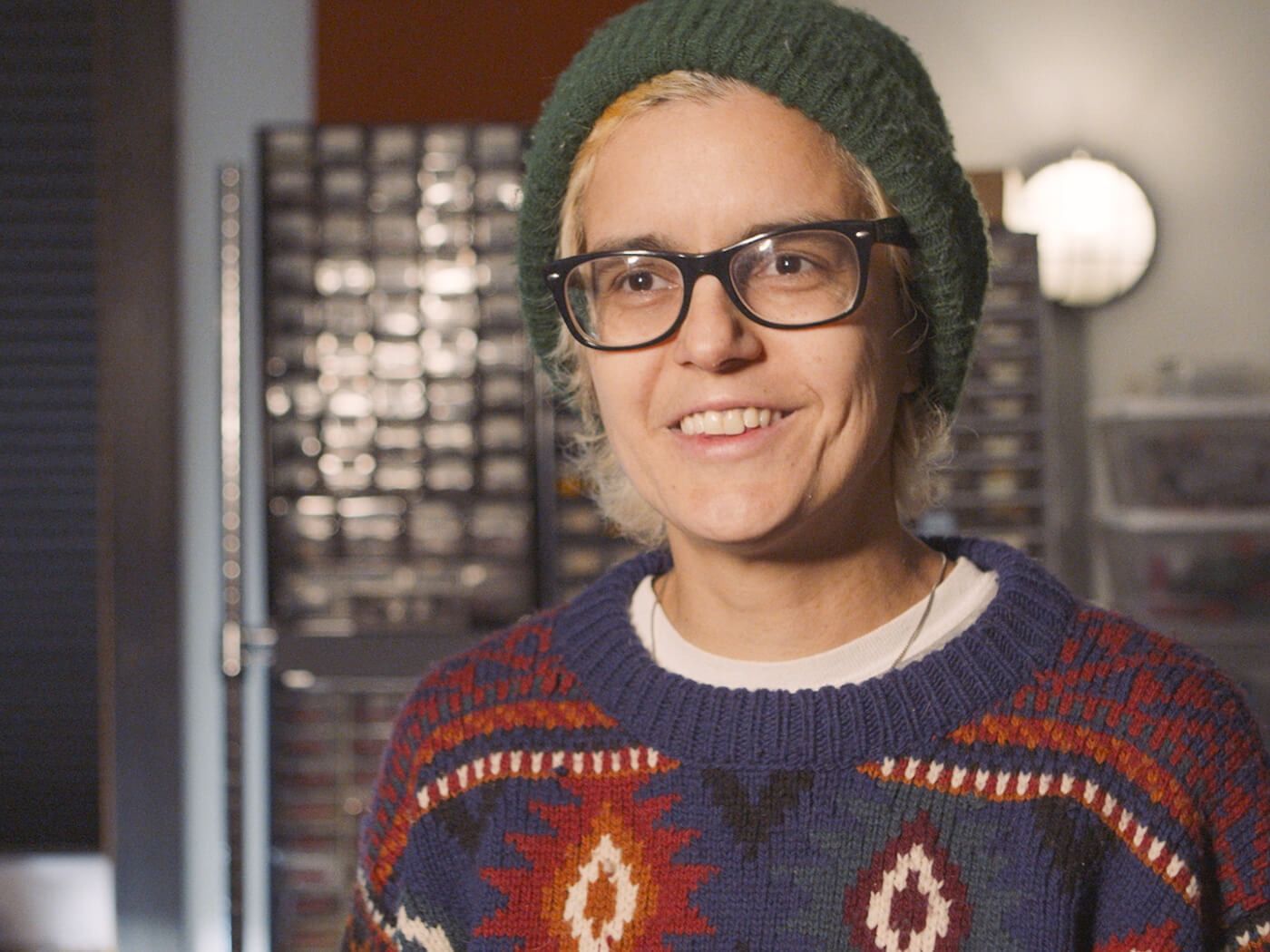 What the film doesn’t shy away from, however, is confronting the guitar industry’s issues with diversity in terms of both race and gender. Hearing Fran Blanche talk about avoiding being the public face of her own company in the 90s because of the way men in the industry treated her is bad enough. But hearing respected builders like EarthQuaker’s Julie Robbins, and Death By Audio’s Heather Bickford detail the sexism they still encounter today just by being in the guitar industry makes the blood boil.

It’s no different when She Shreds’ Fabi Reyna or Dogman Devices’ Lance Giles talk about how gatekeeping means guitar culture remains dominated by white men – a fact borne out by those interviewed for the movie. And so it’s to Reverb’s credit that they’ve realised that this is an area where we all need to do better and ensure we’re elevating diverse voices.

But ultimately, this film isn’t looking to pick fights or admonish us. It’s about the wonderful modern world of effects, and the maverick geniuses who now make them. These ‘accidental businessmen’ are the soul of this movie, because they’re just like the rest of us – people who love music, who love making sounds and using these clever boxes of noise to make them.

As Caroline Guitar Company’s Phillipe Herndon observes, “I think it speaks to a degree of people who have a lot of enthusiasm about things that aren’t necessarily tied to commerce. That they just love playing, that they just love making noise, that they love putting out videos on Instagram or YouTube or whatever, and they might not ever make a lot of money from these things.”

That love is infectious, and it’s a big part of why effects pedals have come to define modern guitar culture – and in Reverb’s Pedal Movie, we have its ultimate celebration.

The post Reverb’s Pedal Movie Review: The ultimate celebration of the wonderful world of effects appeared first on Guitar.com | All Things Guitar.