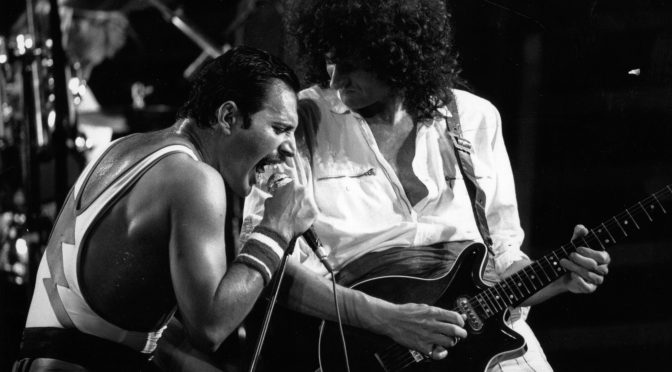 Queen rocker Brian May has revealed the making of Face It Alone, the latest single on the band’s newly released The Miracle box set featuring vocals from the late Freddie Mercury.

The guitarist recently sat down for a chat with Variety about Queen’s creative process behind some of the material on their expanded, eight-disc reissue of the 1989 album.

Touching on the making of Face It Alone — the first of six previously unheard tracks to arrive on The Miracle box set — May revealed that he actually remembers “very little” about how the song came about: “It was a fragment among so many other fragments at that time, or perhaps other songs were calling to us more loudly,” he said. “I do remember the sound of the melody… it stuck in my head.”

“It was done incredibly quickly. Freddie probably wrote its words in the morning, and was working on the song with his strange keyboard. I don’t even remember playing the guitar on it, to be honest. I was probably just playing something to get us to the next verse, something to feed off.”

“It could have been developed into a major construction. But we wanted to deliver it as simply as possible,” he explained. “It’s very stark as you can hear, with very little on the track… as sparing as can be. There are places where the boys rescued a word or a phrase to make a reprise of the verse which makes sense – Freddie did three takes – but that’s it.”

The guitarist also confessed that he got “pretty emotional” when he first heard the final version of Face It Alone , saying “The chaps did spring it on me, so I did get pretty emotional. All I could hear was Freddie’s incredible vocal cords, working so splendidly and passionately.”

“Yeah, I was pretty emotion-ed up. It was, as if, he was there, and you realise, again, what an incredible talent that was. Such an amazing human being with an extraordinary instrument.”

The post Queen’s Brian May on the making of Face It Alone featuring Freddie Mercury’s vocals: “It could have been developed into a major construction” appeared first on Guitar.com | All Things Guitar.