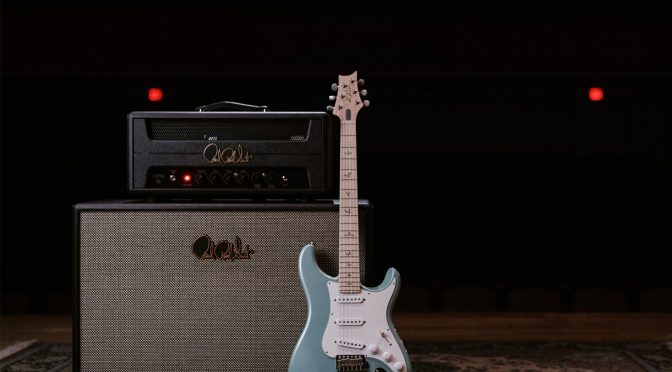 PRS has rebranded its latest amplifier range to the HDRX series. The series initially bore the moniker HX, however, this was in conflict with Yamaha’s trademark for the Line 6 HX series of modelling stompboxes.

PRS’ Jack Higginbotham said of the change: “After exploring our options, we have decided to rebrand our HX amplifiers as HDRX amps. It was important for us to keep the Hendrix Touring Circuit that we recently documented at the forefront of this amplifier, and we feel this new name does that while providing the necessary separation from Line 6’s product.

“Our conversations with Yamaha Guitar Group on this have been professional and productive,” he added, calling the discussion “a true reflection of why I enjoy the music manufacturing industry so much.”

No other changes have been made to the two amplifier heads in the range. They are inspired by the modified 100-watt Marshall Super Lead, purportedly used by Hendrix on stage at Woodstock, that Paul Reed Smith and PRS amp designer Doug Sewell were allowed to study. The HDRX series consists of two amplifier heads, a 100-watt head and a 50-watt head. There are also two cabinets, a 2×12 and a 4×12 loaded with Celestion G12H-75 Creamback speakers.

Sewell explained PRS’ approach to bringing the sound to life: “This is not a painstakingly historical re-creation of the amplifier Hendrix used, but a snapshot in the development of a series of modified amps he came to use on tour and in the studio,” he said. “Consideration was given to reliability, compatibility with his effects and guitars, the tones he achieved, and the feel and response of the amp.

“We have made an exhaustive search for all the critical parts that would enforce the original objectives Hendrix and the amp techs explored. We have married our part selection process with historical research and The Museum of Pop Culture amplifier to create an amp with the same great tone, feel, and reliability.”

Hear the HDRX 100 in action below.

The post PRS renames its HX amplifiers to HDRX after trademark conflict with Line 6 HX products appeared first on Guitar.com | All Things Guitar.