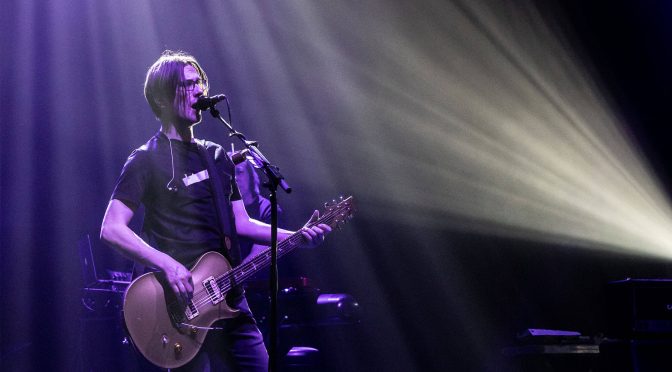 Steven Wilson, guitarist of band Porcupine Tree, has recently spoken out on why the term “amateur” should not be considered an insult, and how starting from scratch with a new instrument can do wonders for creativity.

READ MORE: Rick Beato finally gives a tour of his studio: “There’s actually about 20 feet behind the camera – where all the secret stuff is”

Although being considered a pro or expert might be what every guitarist strives for, Wilson believes that starting from the ground up and putting yourself back at beginner level can be key to unlocking new inspiration.

In an interview with Hack Music Theory on YouTube, Wilson said, “Getting out of your comfort zone is one of the most underrated parts, I think, of the compositional process. And I’ve always done that – for years, one of the first things I did when I was starting to write a new album, I would go out and buy an instrument that I couldn’t play. I would go out and buy a banjo, or a hammered dulcimer, or an autoharp – something I couldn’t really play, but it just gave me a new creative element to play with. That was inspiring to me.”

He reflected on the time David Bowie got his band members to swap instruments on Boys Keep Swimming and how this story is something he bears in my mind when getting familiar with new musical territory: “I always remind myself of that story, that sometimes proficiency can be a block. So the creative process, and actually becoming an amateur again – and I think it’s important to remember the word ‘amateur’ is not really an insult, because the word amateur comes from the Spanish word “amar,” [meaning] “to love”, to love what you do.

He concluded, “That’s what [an] amateur is – someone who does something because they love to do it. So professionalism is sometimes not a good thing. It’s nice to get back to being the amateur. It’s nice to get back to that feeling of being the amateur that just loves to play, and not caring about whether you sound proficient on your instrument or not.”

You can watch the interview below:

You can catch Porcupine Tree on tour by grabbing tickets here.

The post Porcupine Tree’s Steven Wilson argues why the term “amateur” should not be an insult appeared first on Guitar.com | All Things Guitar.