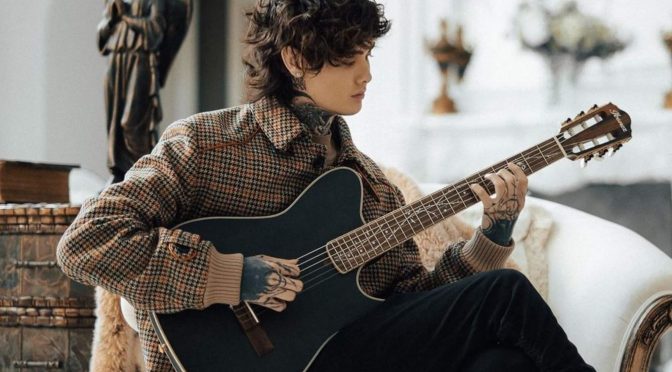 Polyphia’s Tim Henson has revealed he sees himself and the band more as “composers” as opposed to “guitar players” these days.

The prog rock band released their fourth studio album, Remember That You Will Die, at the end of October, which includes huge tracks such as Genesis (featuring Brasstracks) and closer Ego Death which sees the band team up with Steve Vai.

Speaking on the band’s growth in an interview with Total Guitar, Henson said, “These days I view us more as composers than guitar players, though obviously that hasn’t always been the case,” he explained. “I guess it’s been something we’ve always been working towards – composing rather than showing what we can do with our techniques. We just happen to be playing guitar, and have done our whole lives, so that’s where our skillset is.”

Henson stated that he believes,“The guitar is a means to an end, the end being good music” before adding, “The average music listener and enjoyer probably won’t give a shit about the things guitarists do.”

During the making of Ego Death, the band managed to break Vai’s speakers, but luckily he was pretty chill about it, and he later agreed to the mighty collaboration: “Steve invited us over to his house and we showed him the song. But the file was simply too hot,” Henson told Total Guitar. “So when it got to the part where his solo was supposed to come in, the 808s were booming so loud, they broke. We broke Steve Vai’s speakers, it was really fucked up!”

Henson is one to be bold in his opinions and his comments have been known to cause backlash, when speaking to us at Guitar.com back in October, he expressed that he believed metal bands “don’t make any money” and declared, “Literally every guitar-centred thing is just solos on solos on solos,” he said. “We’ve certainly done records that were solos on solos on solos but between them we actually had hooks.”

The post Polyphia’s Tim Henson on being viewed as a composer: “The average music listener and enjoyer probably won’t give a shit about the things guitarists do.” appeared first on Guitar.com | All Things Guitar.