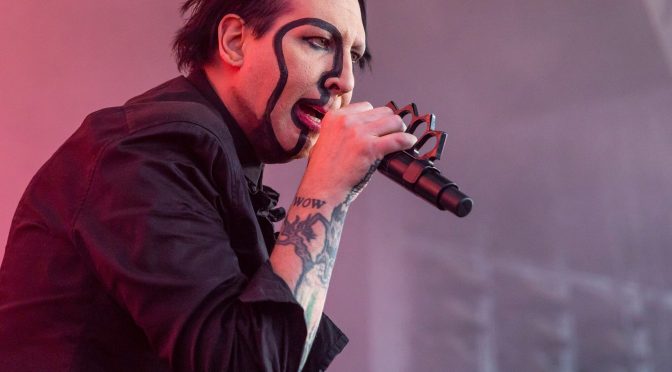 Police have raided the home of shock-rocker Marilyn Manson, who is at present facing multiple sexual assault lawsuits. The musician, whose real name is Brian Warner, has been accused by several women of rape and assault.

A source in the LA County Sheriff’s Department told Rolling Stone that an address raided on Monday morning was Manson’s. “What I can confirm is there was a search warrant that was served this morning,” the source said. “It’s confirmed it was [Brian Warner’s] address, his location. It was a search warrant for his belongings.”

Additionally, TMZ has reported that “media storage units,” including hard drives, were among the seized belongings. TMZ also reported that Manson was not at home at the time.

Earlier this month, Rolling Stone published a lengthy investigation into Manson, in which several women claimed he had a soundproof “bad girls’ room” that he would lock women in as a method of “psychological torture.” It is unclear if it was located in the address that was raided on Monday morning.

Despite Manson currently facing four lawsuits alleging sexual assault, he has recently been nominated for a Grammy Award due to his contribution to Kanye West’s Donda. In response to questions about Manson’s nomination, Grammys CEO Harvey Mason JR told TheWrap: “We won’t look back at people’s history, we won’t look at their criminal record, we won’t look at anything other than the legality within our rules of, is this recording for this work eligible based on date and other criteria. If it is, they can submit for consideration.”