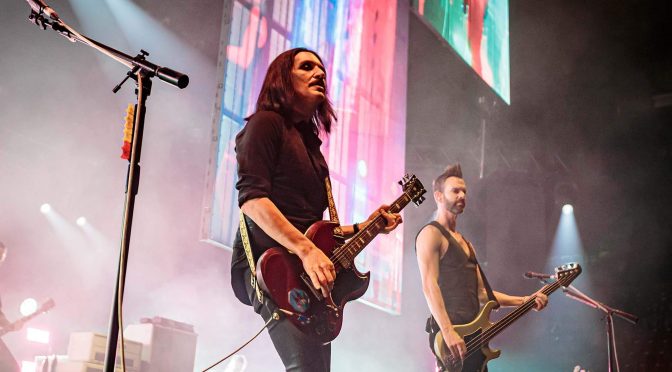 Alt-rockers Placebo have asked fans not be ‘disrespectful’ to their fellow concert-goers by recording shows on their phones, noting that it makes their performance more challenging.

READ MORE: Dave Mustaine denies being a control freak: “That was just a bunch of bitter ex-members complaining about riffs that weren’t that good”

In a statement to Instagram yesterday (17 November), singer and guitarist Brian Molko, alongside guitarist and bassist Stefan Olsdal made the controversial comment, explaining that it makes it harder to connect with audiences in order to “communicate effectively the emotions of the songs”.

They also added that is it “disrespectful” to others attending the concert who “want to watch the show, not the back of your phone”.

The message comes hours before the start of their almost sold-out tour which will take them across the UK.

You can read the full statement below:

Placebo’s statement was not entirely well-received by those following the band’s Instagram. “We already know Brian [Molko, vocalist-guitarist of Placebo] doesn’t give a shit to your fans, but if you wanna talk about connection and communication, just give the example by saying at least goodnight to your audience,” says one fan, Eitaolga. “This Brian diva behaviour doesn’t make any sense when you talk about love and respect.”

The post Placebo want fewer phones at their shows: “It makes [performing] so much more difficult” appeared first on Guitar.com | All Things Guitar.