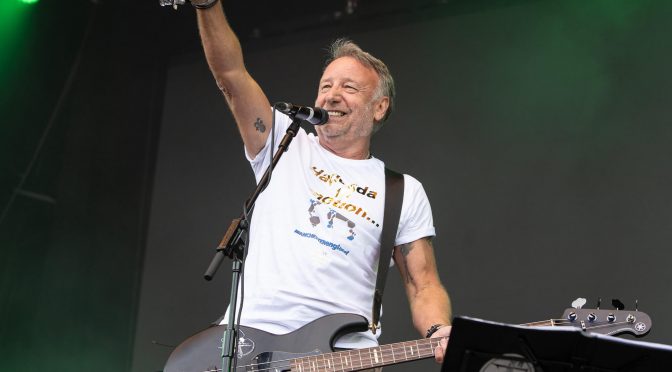 Peter Hook has spoken out about the current incarnation of New Order, saying he does not think of it as the band he once played with in “any way, shape, or form.”

Hook gave his thoughts on New Order during an interview with VWMusic, in which he also touched on his work with Joy Division and his current outfit, The Light.

“New Order’s first gig was in 1980; looking back, I think it was all downhill from there, to be honest,” Hook said. “As much as I hate to say it, we are still at each other’s throats at this very moment, which has never levelled since the band split.”

He continued: “I still think that they’re pretending to be something they aren’t, and I do not consider them to be New Order in any way, shape, or form. I think that they know it, and that’s why they have to be so antagonistic and violent towards me.”

Hook’s current band, The Light, is all for celebrating the music and legacy of Joy Division – of which the bassist says he “over the moon proud” about.

And on the subject of revisiting Joy Division tunes, Hook added: “For what it’s worth, I think I am now interpreting the tracks better than New Order”

“That’s just my opinion. Now, that’s very naughty to say, but you don’t wait as long as I did and not go for it. But outdoing them, it’s not very difficult because I know how much work they used to put in, and believe me, it was heartbreaking to watch it burn.”

The post Peter Hook on New Order: “I still think that they’re pretending to be something they aren’t” appeared first on Guitar.com | All Things Guitar.