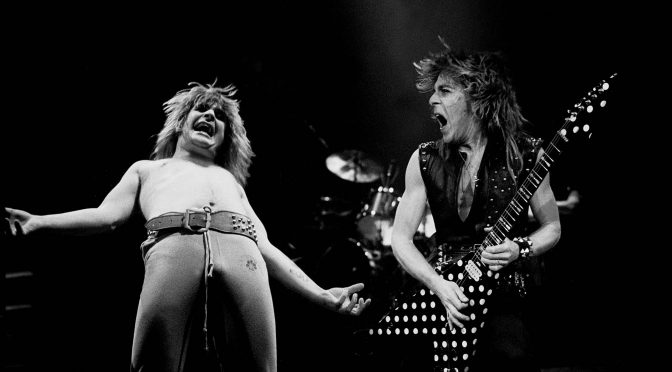 Ozzy Osbourne’s producer, Max Norman, has reflected on the “unique” way that late guitarist Randy Rhoads would record his solos.

Speaking with Guitar World, the producer notes that there was a “definite sense of occasion when it came time for Randy to record those main, middle-of-the-song solos,” he continues, “The way we did them was this: While Randy was rehearsing to record a particular solo, we didn’t sit around and listen to him; instead, we’d go up to the local pub for a few beers or whatever.

“Then I’d go back, and he’d say, ‘OK, I’m ready to take it!’ You could see it in his face on the studio floor; he was steeling himself… getting ready to pounce. There was a palpable ‘Now we’re recording’ sense of excitement and momentum building up. Randy wanted to capture a performance, and he’d attempt to get the solo within the first two or three takes in its entirety. If he didn’t, he’d say, ‘Go away for another hour and then come back – I’m not quite getting it right now.’”

Despite his passing in 1982, after only two albums with Ozzy, the guitarist left a significant impact on not only his fellow musicians, but Norman too.

“Randy was such a well-prepared and disciplined guy, he obviously wouldn’t say he was ready until he felt he really was. As a result, we’d grab each solo very quickly and it would be a very fresh, whole take. Randy had a very clear vision of what he wanted to achieve”