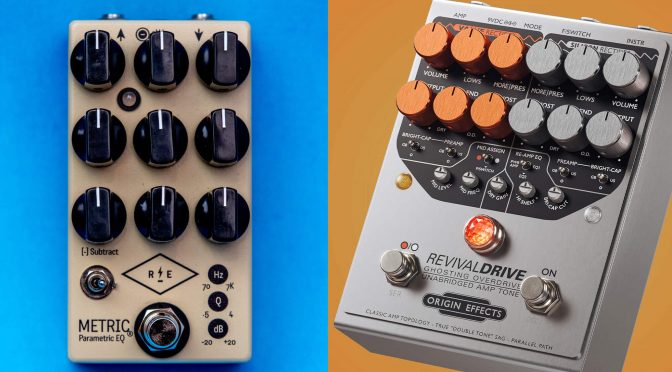 Origin Effects has withdrawn its petition to cancel the trademark of US-based pedal maker Revival Electric, following a settlement agreement between the two parties.

A new filing regarding the long-standing trademark dispute reveals that Origin Effects has withdrawn its cancellation petition, doing so with the express permission of Revival Electric.

The dispute was initially instigated after the UK-based Origin Effects moved to trademark its RevivalDRIVE pedal line in the US, however this was rejected due to a conflict with the trademark for Revival Electric’s name. Origin Effects claimed in June 2021 that attempts to contact Revival Electric to establish a mutually beneficial agreement yielded no response. “Given that Revival Electric’s website appeared to be dormant,” a spokesperson said at the time, “we felt it was reasonable to continue with efforts to register the name.”

Very little additional information about the dispute was made public between July 2021 and last week’s filing. The nature of the settlement agreement is also not known. It does appear that it will not involve a full rebrand for Origin Effects’ RevivalDRIVE pedal line, as it is still offered on Origin Effects’ website at present.

Last October, the brand revealed that it would be renaming its RevivalTREM pedal to the DELUXE61. However, Origin Effects’ Product Manager John Dines told Guitar.com that this was purely to clarify the pedal’s function, and was not related to the dispute. The pedal is a full simulation of a 60s-era Fender amplifier preamp and tremolo, rather than just a tremolo effect, and so the name change makes this a lot clearer.

Guitar.com has reached out to Origin Effects and Revival Electric for comment.

Following Origin Effects withdrawal, the most recent filing of Revival Electic’s trademark (made in July 2021) is now live.