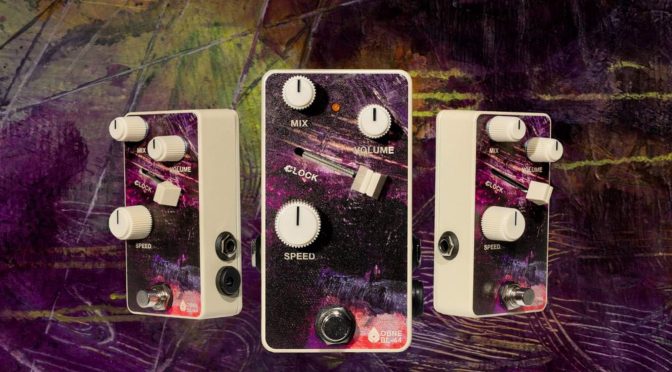 OBNE’s Instagram post announcing the new pedal touts the device as featuring “clock sliders, low bit rate buffer playback, things playing backward (it’s always better backward), grit, grime, and everything else bottled up in this little box of joy”. The reverse effect enables guitarists to save what they just played in the pedal’s memory, which it then can play in reverse.

The BL-44 Variable Clock Reverse Effector’s clock slider and speed knob offer control over the reverse effect. The Clock Slider lets the user adjust the thinking speed of the digital signal processor, which influences the sample rate, while the Speed knob control offers a touch of chaos by allowing the system to read the recorded sample in unexpected ways, whether it be bits being replayed or straight out missing.

The pedal also comes with a Mix control and Volume knob, and uses soft-touch bypass switching. Users will have to supply their own external 9V DC PSU for the pedal.

In our four-star review, Guitar.com praised the pedal for “implementing a unique approach to an often overlooked effect type here, and in a pedalboard-friendly package”, noting that it also performs well alongside other stompers. “The Float doesn’t sound close to any particular filter pedal you’ve heard before – and that just may be its strongest point,” Jason May concluded.