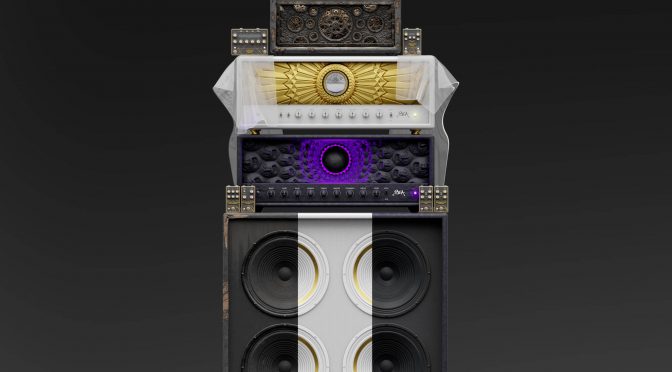 Neural DSP has partnered with Rabea Massaad on the latest and “most versatile” entry plug-in of its Archetype plug-in series.

Massaad is best-known for his incredibly popular YouTube channel, which shares instructional and informational content on playing, performing, and gear.

Archetype: Rabea aims to reflect the guitarist’s eclectic approach to gear, offering “vintage and modern takes on key processors that are critical parts of his sound”

The star of the show, however, appears to be the Overlord Synth, described as an ‘industry-first’ subtractive dual-oscillator monosynth which is triggered by guitar signals.

“Others have tried to create guitar-synth interfaces but none have truly succeeded – until now,” says Francisco Cresp, Neural DSP’s Co-Founder and CPO.

“The challenge was to make a synth that works with any guitar. Your guitar signal becomes your ADSR, which triggers real oscillators. After that, your signal is a synthesizer with all the controls and flexibility one would expect from it. It’s transformative.”

The plug-in further introduces an “entirely new reverb pedal” that can freeze sounds and adjust their pitch and volume. “If you freeze a note or chord, it keeps playing in the background while still being processed by the reverb,” says Cresp.

“It’s then a pad you can play over. You can even transpose it to create chord progressions or a bass line for improvisation or soloing. The delay is an analog delay emulation with cross-feed and icicles functions that give you all the dreamy delay sounds.”

There’s also a transposer, metronome and doubler, as well as a four-band semi-parametric EQ to round off the plug-in.

Archetype: Rabea is available today for €139.