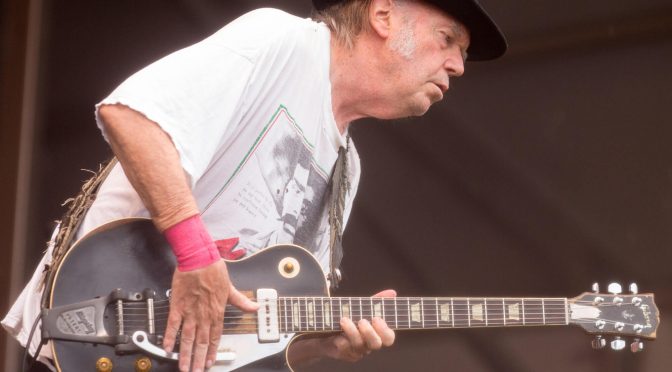 Neil Young has likened the music on Spotify to a “pixelated movie” in a recent conversation where he backed his decision to pull his songs from the platform.

READ MORE: Fans mad over Muse and Turnstile being nominated for Best Metal Performance at the Grammys

“And I listened to it and they were saying he purposely is saying this stuff that he knows isn’t true about COVID and people were dying,” he said, referencing Rogan’s COVID conspiracy theories and decision to host anti-vaccine figures on his show.

“I just called up my management and said, ‘We’re out of there. Get me off.’ And we’ll be fine, and it was a little shocking because they know all the numbers. Who cares? You know, who cares? What’s his name? [Spotify CEO] Daniel Ek? He cares about money.”

He added, “I knew I was gonna do fine. There’s Amazon, there’s Apple, there’s QoBuz, those are three streaming services that play hi-res.”

“I think in the digital age we should be able to listen to great stuff, the best that we can get out of digital… Because you’re living off the music, why not pay it some respect and make it sound as great as it does,” said the musician, who went on to slam the platform’s allegedly disappointing audio quality.

“And it sounds better at the other places. Why would I want to keep it on Spotify when it sounds like a pixelated movie?”

As for how much money he’d left on the table by pulling his tunes from Spotify, Young said that he didn’t know and that he certainly didn’t care.

The post Neil Young talks Spotify beef, says music on there sounds like a “pixelated movie” appeared first on Guitar.com | All Things Guitar.