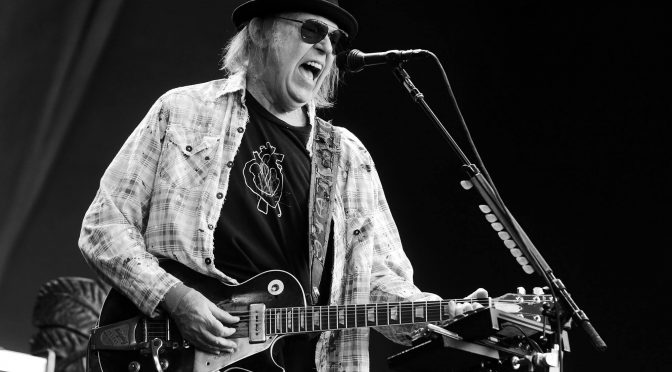 Neil Young and Crazy Horse have announced a new album, Barn, set for release in December.

READ MORE: The Genius Of… Harvest by Neil Young

The announcement does not come with any official single release, however, if you’re subscribed to the Neil Young Archives you can stream the opening track Songs Of The Seasons over on the website.

“This is the first track of Barn, our new album with Crazy Horse,” Young wrote of the track. “It’s the oldest song on the record, written about this time last year.”

hey now
there’s a special treat for all you NYA members up on the Archives now … enjoy pic.twitter.com/0yQ1TeZfzO

Earlier this year, Young detailed the recording process of the new album, which informed the title: it was recorded in a barn, high in the mountains of Colorado, a replica built to replace an original barn that collapsed in 1850.

“The Horse is back in the barn, shaking off the rust,” he wrote in an Archives update. “It has been a long time since we have been together and more than a few tears have been shed. These are new times, with new songs and feelings after what our world has been through and continues to face.”

One of Young’s long-time collaborators, engineer-musician Mark Humphreys, worked again with him on the album. “Mark notes that this is our ‘new barn’ to replace Plywood Analog or Broken Arrow Ranch where we did Ragged Glory, Freedom and other albums,” Young wrote.

Subscribers to the Neil Young Archives can hear Song Of The Seasons here.

Barn’s full tracklist is below.

The post Neil Young And Crazy Horse’s new album, Barn, is set for release this December appeared first on Guitar.com | All Things Guitar.