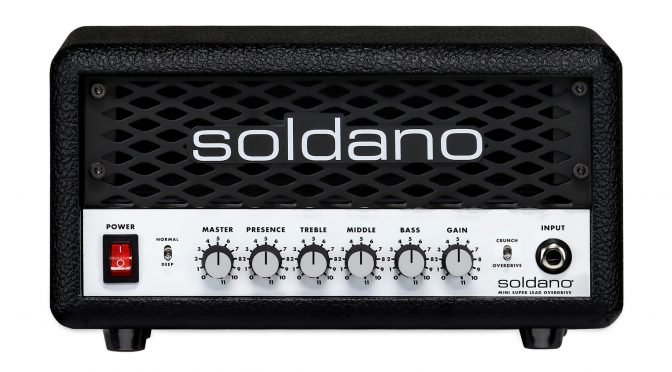 While the SLO-100 is perhaps the most well-known iteration of Soldano’s flagship amplifier, this smaller version is rated for 30 watts – which is still plenty loud, and is the same rating as the all-tube SLO-30, released in 2020. The SLO Mini is instead all solid-state, allowing it to be much smaller and lighter. Soldano has, however, aimed to voice the amp as close as possible to its bigger, tube-fitted siblings.

Controls will be familiar to fans of the original, albeit with a few cuts made to save space. There are switches for normal/deep and crunch/overdrive modes, as well as knobs for master, presence, gain and a three-band EQ. The rear panel is home to an effects loop, as well as two 8-16 ohm speaker outputs.

The amp weighs only 1.8 kilos, something helped by its external 24V power supply. This is included with the amplifier, and is universally compatible.

You can see George Lunch and Mike Soldano discuss the new SLO Mini below.