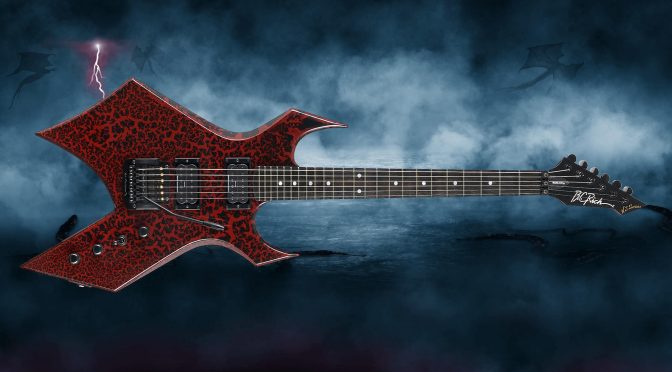 NAMM 2022: BC Rich has revealed a limited edition run of its signature Warlock in collaboration with Netflix’s hit series Stranger Things.

Fitted to an alder body with a bolt-on maple neck, the Warlock comes with a 14” radius ebony fretboard with dot inlays and 24 extra jumbo 57110 frets with all hardware coming in black. Warlock fans will be glad to know a Floyd Rose locking, Floyd Rose R3 nut and a set of BC Rich custom 18:1 tuners are also part of the set.

A US-made Custom Shop edition is also available at the price of $4699.99, and comes with premium overall specifications, including a Kahler 2300 Series Professional bridge system, a DiMarzio D Activator X in the neck and a Super Distortion in the bridge.

A mini replica is also available at USD 39.99 for those baulking at the Custom Shop edition’s price.

Pre-orders for the BC Rich Stranger Things Warlock Hellfire Club Edition are open on BC Rich’s website, with the guitar currently listed at the recommended retail price of USD 899.99. The guitar is expected to ship in late June – just in time for Volume II of Season 4, which will be released in July.

The Warlock is a tribute to the show’s character Eddie Munsen, a metalhead who runs the Hellfire Club and is central to the ongoing plot of the series. Munsen is seen with an ’80s BC Rich Warlock hanging on his bedroom wall in the newly released Season 4 of the dark fantasy series.