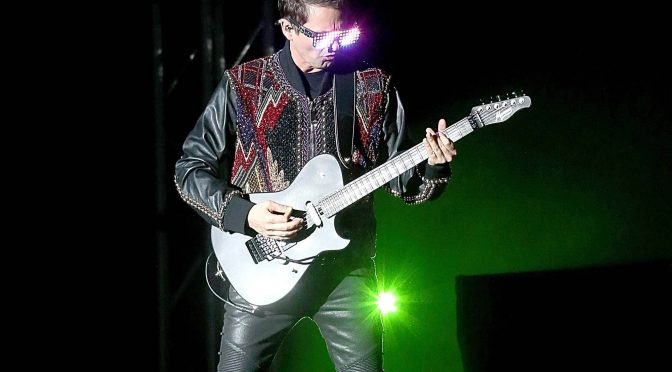 British rock band Muse has become the first artist to have an NFT (non-fungible token) album qualify for the UK and Australian charts, marking the first new chart-eligible format in seven years.

Following the release of their ninth studio album, Will of the People, on August 26, the NFT edition of the album will be sold via the “eco-friendly” crypto platform Serenade, which previously sold official Brit awards NFTs for £10 each in February.

While the UK’s Official Charts Company (OCC), made NFT albums eligible for the charts several months ago, this is the first release where the vendor (in this case, Serenade) is approved as a chart-return digital retailer.

Martin Talbot, chief executive of the OCC has reflected on Muse’s album: “There has been loads of noise about NFTs being the future of music, the future of entertainment, the future of ownership. It’s great this is becoming a reality.”

Founder of Serenade Max Shand believes that this will mark the future of NFTs, as “what a fan wants is something simple and understandable but that gives them a sense of proximity to an artist and a sense of recognition from other fans”, he says.

To keep accessibility for fans wanting to be a part of the NFT and crypto community, Serenade has ensured that buyers do not have to have a crypto wallet before purchase. After the NFT album has been bought on Serenade’s website, a digital wallet is created and the NFT is transferred to that wallet.

The Muse NFT album will retail for £20 and will be limited to 1,000 copies globally.

For more information about how you can get your hands on the NFT edition of Will of the People, head to Serenade.co.

The post Muse’s NFT album first of its kind to qualify for official UK and Australia charts appeared first on Guitar.com | All Things Guitar.