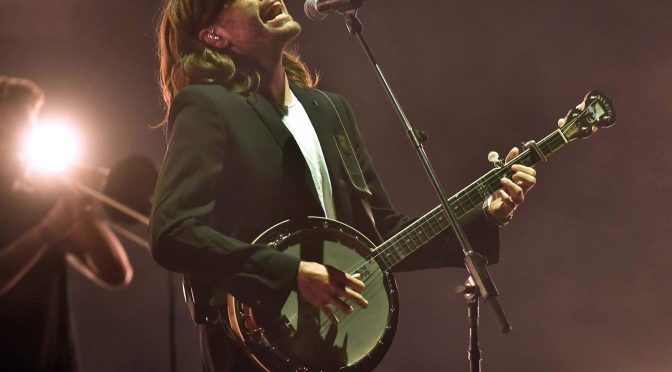 Mumford & Sons ex-guitarist Winston Marshall has spoken out about his thoughts on Big Thief cancelling their concerts in Israel.

In an op-ed piece published by the Jewish Telegraph, the guitarist claimed that the reasons for Big Thief cancelling their shows in Israel, was due to the “bullying” of The Boycott, Divestment, Sanctions (BDS) movement, a pro-Palestine charity.

The New York indie-rock four piece, whose bassist Max Oleartchik is an Israeli citizen, took to Facebook that on 3 June they would play two charity shows in Tel Aviv, with the profits of the show being “donated to NGOs that provide medical and humanitarian aid to Palestinian children”.

However, on 9 June, Big Thief cancelled the gigs with a statement to instagram, noting that since the announcement they had been “in constant dialogue with friends, family, BDS supporters and allies, Palestinians and Israeli citizens who are committed to the fight for justice for Palestinians.”

Referencing other musicians such as Senegalese singer Baaba Maal, and Australian singer Nick Cave, both of whom had received calls from the movement to urge them to not perform in Israel, Marshall expressed his concern that BDS were “bullying” musicians into cancelling shows.

Marshall made the headlines a year ago, when he quit Mumford & Sons.

After a post to Instagram by the band, the musician stated that he wanted to avoid self-censorship after showing his support for right-wing author Andy Ngo in a now-deleted tweet after praising him as a “brave man”, which caused an “unintentional twitter storm”.

Marshall has since noted that he is working on musical projects which might be revealed in the future, and is currently hosting the Spectator’s Marshall Matters podcast.