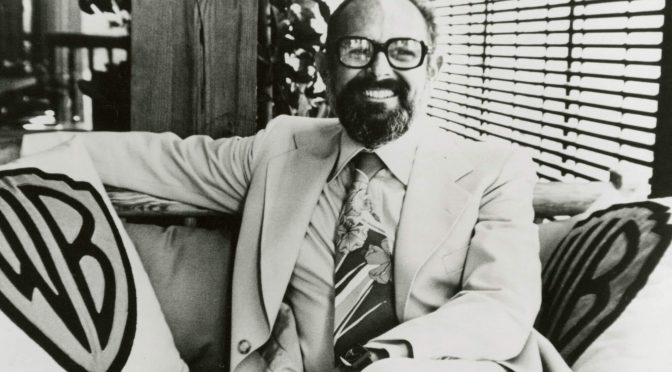 Mo Ostin, the legendary music executive who helmed Warner Brothers Records for more than 30 years, has died of natural causes at the age of 95.

READ MORE: Robert Fripp isn’t choosy about amps, guitars or pedals: “I have no interest in gear at all”

Warner Records co-chairmen, CEO Aaron Bay-Schuck and COO Tom Corson, confirmed the news in a joint statement on Monday, saying: “Mo was one of the greatest record men of all time, and a prime architect of the modern music business. For Mo, it was always first and foremost about helping artists realize their vision.”

“One of the pivotal figures in the evolution of Warner Music Group, in the 1960s Mo ushered Warner/Reprise Records into a golden era of revolutionary, culture-shifting artistry. Over his next three decades at the label, he remained a tireless champion of creative freedom, both for the talent he nurtured and the people who worked for him.”

“Mo lived an extraordinary life doing what he loved, and he will be deeply missed throughout the industry he helped create, and by the countless artists and colleagues whom he inspired to be their best selves.”

Born in New York in 1927, Ostin caught his first big break in 1960 when he was recruited by Frank Sinatra to run Reprise Records. The label was then acquired by Warner Bros. in 1963. Ostin soon made a name for himself at Warner Bros., shepherding the likes of The Kinks and Jimi Hendrix in the years that followed.

In 1970, Ostin became president of Warner Bros. Records, and took on the role of chairman-slash-CEO two years later — a title he held until his retirement in 1994. Under his leadership, Warner became the home to some of the most iconic acts in the industry including Van Halen, Bonnie Raitt, Madonna, James Taylor, ZZ Top, George Benson, Don Henley, Tom Petty, Green Day, Van Dyke Parks, The Who, Red Hot Chili Peppers and Prince.

The longtime Warner executive was inducted into the Rock & Roll Hall of Fame in 2003 by Neil Young, Paul Simon and Lorne Michaels. “I love Mo, and you talk about a phrase that means something different today than what it used to mean, it’s called behind the music. That phrase now connotes soap operas to me, but this man Mo Ostin was behind the music,” Young said at the induction.

Tributes have poured in from around the world as word of Ostin’s passing became public. Max Lousada, CEO of Warner Recorded Music called the man “a pioneer who wrote the rulebook for others to follow,” while Flea of Red Hot Chili Peppers remembered the record executive as “the greatest person [he] ever met in the music business”, sharing that Ostin made him feel “valued, understood and welcome” back when he was young and confused.

The Sinatra family has lost yet another dear friend, a true force in the music industry and a real sweetheart.

RIP to Mo Ostin what amazing times we had thank you for all the knowledge you passed on and the contributions from jimi hendrix to prince.. neva Be another https://t.co/53ym9lAv2F

My heart is so deeply sad to land in la to the news of Mo Ostin’s passing. I loved him have known him and the family for 43 years he is a legend and a great man. Rest In Peace Mo I love you.

Mo Ostin deeply inspired Tom as chairman of Warner Brothers Music division and was responsible for the creation of Wildflowers and the Traveling Wilburys, among many other seminal musical endeavors. God bless Mo. One of the truly good ones. Our thoughts are with his family today. pic.twitter.com/SaLYtYQWY3

The post Mo Ostin, label executive behind Hendrix and The Kinks, dies aged 95 appeared first on Guitar.com | All Things Guitar.