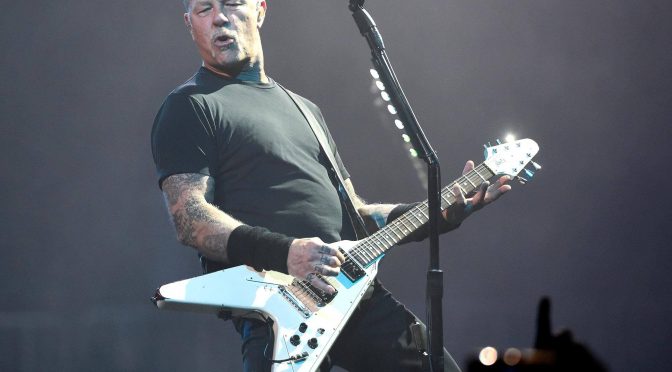 James Hetfield and his band, Metallica, recently shared a touching moment at their Brazil concert after the musician spoke candidly to fans about his insecurities.

READ MORE: Pink Floyd’s David Gilmour on potential live shows: “I haven’t done one in such a long time, but who knows”

During the interlude prior to playing Sad But True, Hetfield took the time to thank the band for encouraging him when he lacked the confidence to perform onstage.

“I’ve gotta tell you I wasn’t feeling very good before I came out here,” he admitted to the audience.

“[I was] feeling a little bit insecure, like I’m an old guy, can’t play anymore, all this bullshit that I tell myself in my head.”

Hetfield added that the band helped him overcome these thoughts, stating that they even gave him a hug when he expressed these concerns to them.

“So, I talked to these guys, and they helped me, as simple as that. They gave me a hug and said, ‘Hey, if you’re struggling on stage, we’ve got your back.’”

The band then shared another hug onstage as Hetfield became teary-eyed and thanked fans for their support.

Watch the clip below:

Hetfield was recently cited by The Darkness’ Justin Hawkins as being a supportive figure when the bands were on tour. During that time, Hetfield had offered a listening ear to Hawkins when he noticed he had a drinking problem.

The Metallica frontman has also been open about his own struggles with alcohol, having checked into rehab and cancelling previous tour dates in 2020 to focus on recovery.