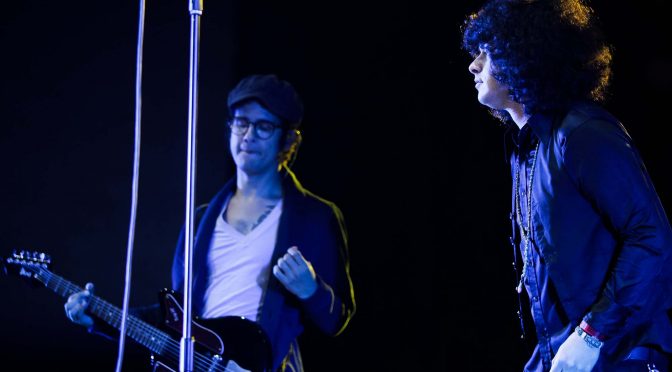 The Mars Volta have released new music for the first time since sixth album Noctourniquet was released back in 2012, which was swiftly followed by the experimental rockers’ breakup the following year.

READ MORE: The Genius Of… De-Loused in the Comatorium by The Mars Volta

You can watch the music video below:

As well as the song, the duo have also announced a string of tour dates around North America starting in Dallas Texas, and ending at the famous Hollywood Palladium, which mark their first live performance together since 2012.

The band teased the arrival of new music on June 19 with a mysterious cube that appeared in Los Angeles’ Grand Park. This audiovisual art installation titled L’ytome Hodorxí Telesterion ran throughout the release date on 21 June, with a digital version of the experience launching on 1 July.

There have long been rumours that The Mars Volta would reform in some fashion, with Bixler-Zavala hinting at the band’s reprise in 2019 saying, “It’s NOT going to be is your ‘fav member lineup’ playing their ‘classic records’ in full etc. Maybe we’ll play old shit, who knows how we feel.”

He continued by saying that there were, “No deadlines, no ball tripping, no drama, just 2 grown ass men using essential oils and bold new perfumes shooting ideas and scooting their ass across the fucking lawn trying to get rid of these worms.”

The post Listen to the first new The Mars Volta music in a decade appeared first on Guitar.com | All Things Guitar.