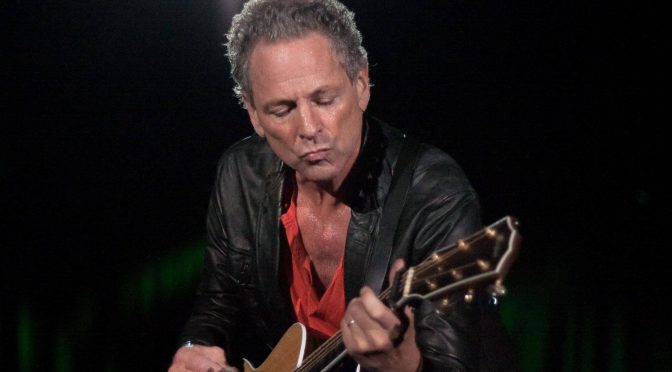 Lindsey Buckingham has postponed his upcoming UK and European tour as he is still recovering from a recent bout of Covid-19.

READ MORE: “I love that Peter Green stuff, but it wasn’t me”: Lindsey Buckingham on Fleetwood Mac and his first album in a decade

The former Fleetwood Mac guitarist tested positive for COVID-19 alongside members of his band and crew near the end of his North American tour back in April, and was forced to cancel all remaining shows on that leg of the tour.

And now, a statement posted on the musician’s social media reads: “It is with great sadness that we are announcing the postponement of Lindsey’s European tour.”

“Along with other members of his band and crew, Lindsey contracted COVID-19 at the end of his latest North American tour, forcing that to end prematurely. Unfortunately he’s still recovering and has no choice but to move the upcoming tour to a later date.”

“This is heartbreaking for Lindsey, he was so excited to come to Europe for the first time as a solo artist this spring,” the statement concludes.

The European leg of Buckingham’s solo tour was set to begin next week (17 May) in Dublin but all plans are now on hold, with the team working hard to reschedule dates. More news should be announced soon.

Speaking in an interview with Guitar.com last year, Buckingham talked about going solo after Fleetwood Mac, his guitar collection, and the creative process behind his first solo album after being ousted from the band.

The post Lindsey Buckingham postpones UK and Europe tour to recover from COVID-19 appeared first on Guitar.com | All Things Guitar.