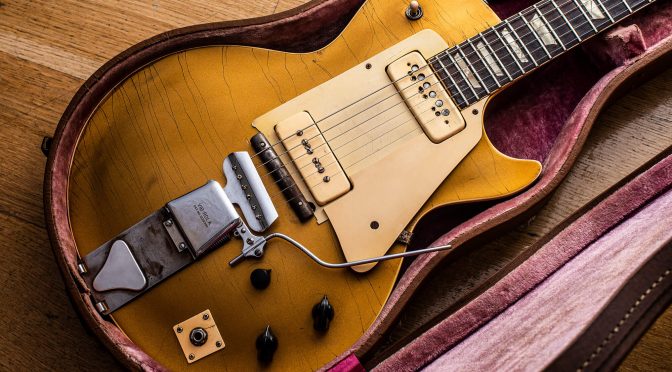 Bidding has begun on one of the earliest Gibson Les Paul models in existence, heavily used and modified by Les Paul himself. The lot begun with an estimated price of between $100,000 and $150,000, but the final smashed that estimate, coming in at $930,000.

READ MORE: Les Paul’s son Gene tells the story of the Les Paul Number One: “Gibson said ‘Thanks but no thanks’”

Guitar.com recently saw this remarkable instrument first hand during our photoshoot at Christie’s in New York. You can take a look at the guitar in incredible detail below.

We also spoke to both Gene Paul and Tom Doyle, who shared their recollections for a forthcoming in-depth feature. Stay tuned to Guitar.com for the full story.

The post Les Paul’s heavily-modded number-one guitar sells for $930,000, see it up close with an exclusive gallery appeared first on Guitar.com | All Things Guitar.