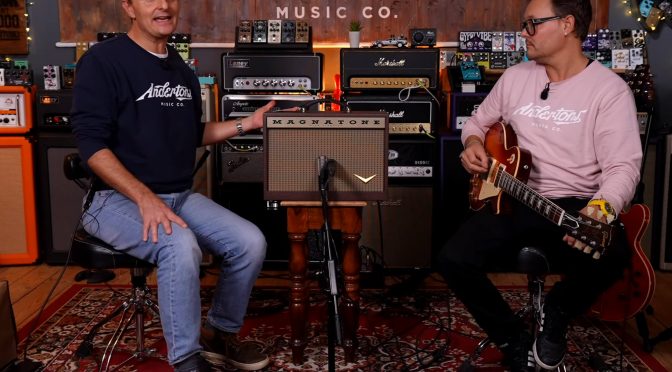 Lee Anderton, the CEO of the Guildford music shop Andertons has discussed how embracing the internet let the brand gain global recognition via millions of views on its YouTube channel.

Speaking to speaker manufacturer Celestion, Anderton discussed how the kind of customer a music shop would serve changed across the 1990s: “In the 1960s through the ’80s, the customer was most likely a pro or semi-pro. They were happy with this kind of Aladdin’s cave, gate-kept environment. Then in the ’90s, a lot more people decided to play an instrument for a hobby, and there was this shift in expectations to more the experience you might get shopping for clothes or a home appliance.” Anderton adds that he was able to bring this idea to the business, as unlike his father and grandfather, he had not been running the store throughout the 60s, 70s and 80s.

As with everything else, however, the internet changed everything. And for Anderton, it was here that embracing change had a huge impact: “I was the right age to go, ‘Oh, [the internet] is really exciting.’ Whereas many music store owners saw the Internet as a fad or a nuisance they didn’t want to invest in.

“Andertons was one of the early adopters of selling online. That put us in good stead for growth throughout the 2000s, and then later we got into the YouTube thing. That’s really the tipping point where we went from being a well-known local music store to a global brand because so many people watch our YouTube channel.”

Anderton also touched on the scope of the reach the store’s channel has allowed: “You can go from Outer Mongolia to Los Angeles, and if someone plays the guitar, they’ll go, ‘Oh yeah, I know Andertons.’ That’s completely nuts for a little retailer from Guildford in England.”

The post Lee Anderton talks finding viral success: “many music store owners saw the Internet as a fad or a nuisance they didn’t want to invest in” appeared first on Guitar.com | All Things Guitar.