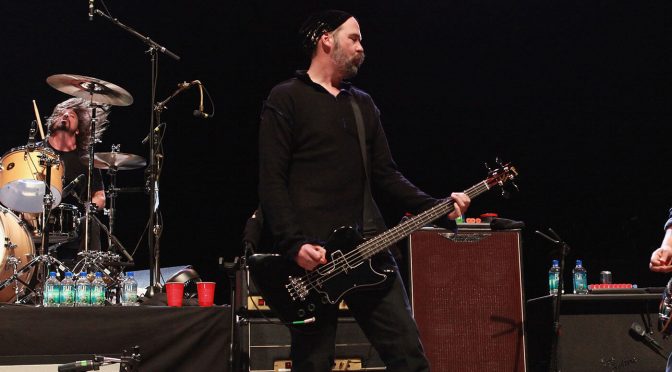 Ex-Nirvana bassist Krist Novoselic has teased the contents of a 30th anniversary version of the band’s classic record Nevermind, hinting that there could be a surprise in store for fans.

Nevermind turns 30 on 24 September 2021. Speaking in a new interview with Uncut, Novoselic was asked what the plans are for celebrating the occasion, to which he said: “We’re going to have the 30-year Nevermind, but we’re still putting it together. It’s kind of late! What’s on it? You’ll see, I don’t want to spoil the surprise! The anniversary is really for the fans and what the album means to them. If it helps people make some sense of the world, that’s great. You have to figure it out for yourself, though.”

It’s unclear what the “surprise” will be, as elsewhere in the interview Novoselic noted that “there is really no new undiscovered material,” as the tapes from the Nevermind sessions had all been gone through.

For the same feature, drummer Dave Grohl was also asked about unreleased music from the band. He noted that the Nevermind sessions didn’t leave much room for extraneous material, saying: “Fuck, we didn’t have any time to record extra songs. It’s been 30 years, but I don’t think there was much left over. We used what we had.”

Elsewhere in the interview, Novoselic spoke about the band signing to a major label in 1991, leaving Seattle Grunge stalwarts Sub Pop. He said that he was “never conflicted” about the decision to sign with DGC records, and that “Kurt and Dave and me all wanted to do it.”

“It was like there was the music, which was one thing, and then there was this whole other part of it that was a completely new situation,” he said, “with things not being in Olympia or Tacoma anymore. It was this whole big world and us trying to adjust to that.”

The new edition of Uncut is out now. Find out more here.

The post Krist Novoselic on 30th anniversary reissue of Nevermind: “What’s on it? I don’t want to spoil the surprise!” appeared first on Guitar.com | All Things Guitar.