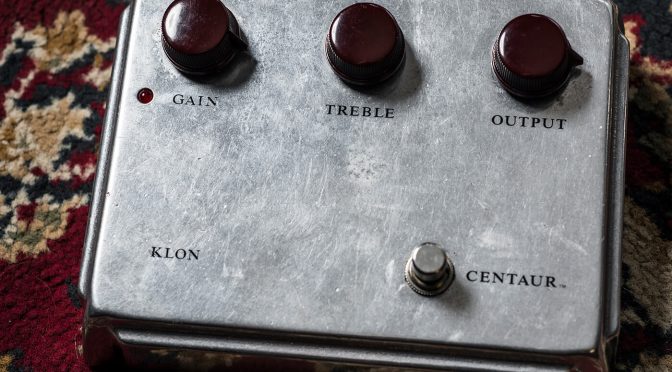 Legendary pedal-maker and designer of the original Klon Centaur overdrive Bill Finnegan has announced he will debut a new live-streamed series on the newly-created official Klon YouTube channel.

Writing in an Instagram post, Finnegan explained that the stream will feature “some listening, and then an update that I think will be of interest.” In the video accompanying the announcement, Finnegan clarified further, explaining that the update will be in regards to KTR production.

The KTR is an updated, reimagined version of the original Klon Centaur, produced in larger numbers compared to the original. Part of the reason for the Centaur’s unique mythos and hype is how Finnegan struggled to meet demand as a solo builder, meaning that used Centaurs fetched incredibly inflated prices.

The original Centaur was discontinued in 2008, and the KTR was launched in 2014 for $269, a fraction of what the originals would fetch.

The live stream will take place this Friday (3 September) at 9:30 ET. Details regarding the channel itself are forthcoming – check back to Guitar.com for updates on the stream, and news regarding KTR developments. While Finnegan says this is the “first” live stream, we don’t yet know how frequent they will be.