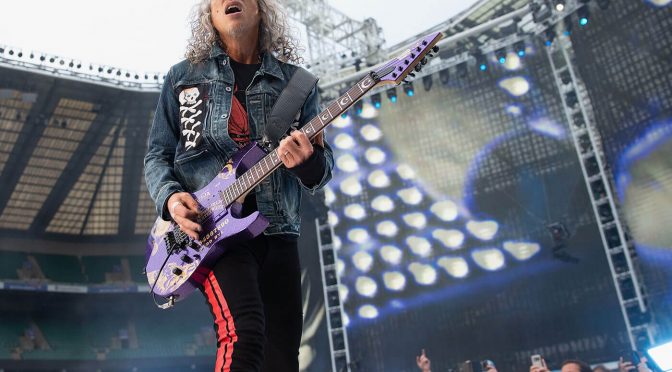 Kirk Hammett has said that there is “a lot of division in this world,” and then said that he hopes that Metallica’s upcoming record will help the cause of unity.

Speaking in a new interview with Classic Rock, Hammett discussed his hopes for the new record. “Metallica has always been about bringing people together through music,” he said. “I think the sentiment now is that people need music more than ever to bring everyone together and collectively celebrate that we’ve got to this point. There’s a lot of division in the world, and hopefully, this Metallica album will cut through the division and bring people together in ways that are more beneficial for everyone overall…”

Hammett also discussed how the band had continued throughout the pandemic. “We’ve tried to make the most of the COVID year-and-a-half,” he said, “and we’ve been pretty successful. We’ve got together remotely and worked, and we’ve got together [properly] and worked.

“Things are moving really well. I would say that the music we’re coming up with is very appropriate for the times.

“Music should bring everyone together, it should be a celebration. That’s what music is about. It’s not about selling albums or getting Grammys, it’s about putting out good music and helping the situation with that music.”

Hammett has also recently announced a partnership with Gibson. He will receive a range of signature guitars across both Gibson and Epiphone, but also stay with his current brand ESP as well.

Metallica are currently gearing up to release The Metallica Blacklist, a covers album of the band’s Black Album that features over 50 artists covering tracks from the record. The album turns 30 this year.

The post Kirk Hammett says he hopes Metallica’s new record will “cut through the division” in the world appeared first on Guitar.com | All Things Guitar.