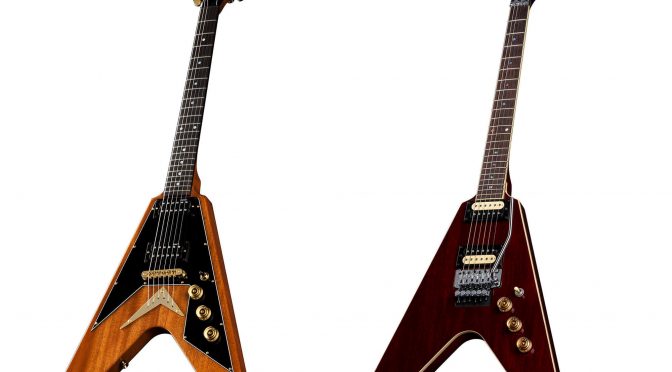 A final judgement from the presiding judge in the Gibson V Dean case has ordered Dean’s parent company Armadillo to cease production and marketing of the Luna Athena 501, the Dean Gran Sport, the Dean V, the Dean Z and any guitars using or advertised with the word “Hummingbird”. The order follows a jury verdict that found Dean Guitars liable for both counterfeiting and trademark infringement of a number of Gibson’s designs, a

This final judgement seems to be in contrast to what Dean’s outgoing CEO and President Evan Rubinson expected to happen following the ruling. We spoke to him shortly after the jury verdict arrived, and he stated: “We have no plans to drop the Dean V and Z guitars, nor the Dean Evo headstock design, as the jury found no trademark liability on any of those.”

Rubinson also told us that “the case is by no means over”, and “Gibson may potentially appeal the verdict, despite their touted victory.” While this is still possible, it’s perhaps unlikely that Gibson will appeal – the final judgement is ultimately in Gibson’s favour. Not only does it order Armadillo to cease production and advertisement of some of its most popular guitars, it also rules that all legal costs of the case fall on Armadillo and its investment partner Concordia. Gibson  is requesting legal costs totalling $335,760.61.

The jury verdict found that the damages suffered by Gibson as a direct result of the infringement were minimal – totalling only $4,000, which Armadillo and Concordia must now pay Gibson within 30 days. However, the six-figure sum of legal fees that they are now required to pay massively changes what the financial impact of this case could be on Armadillo.

Despite the ruling being entitled a “final judgement,” it could still be appealed by either side of the case. Guitar.com has reached out to both Armadillo and to Gibson for comment on the judgement.

The judgement comes at a turbulent time for Armadillo, as CEO and President Evan Rubinson has departed the company, and is now facing a lawsuit that alleges he embezzled $420,000 from his late father’s company Thoroughbred Music Inc. He has denied the allegations completely.