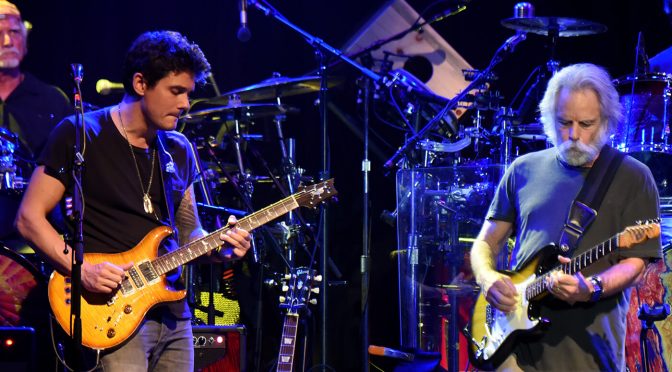 John Mayer‘s latest live pedalboard, guitars and backline have been spotted and documented by Super Eagle-eyed fans attending dates on the 2021 Dead & Company US tour.

As you might expect, the Sob Rock star, currently on the road with former members of the Grateful Dead for a string of fall dates, is leaning heavily on his PRS Super Eagle and Silver Sky guitars. And, despite using a Fractal Audio Axe-Fx on his latest album, Mayer’s amp of choice for live work is still a Dumble.

Between the Xotic Super Clean Buffer and the JHS Prestige, there’s also a mystery two-knob pedal that proves difficult to identify in the Instagram photographs. If you think you know what it is, let us know!

The next stop on the road for Dead & Company is the Xfinity Center in Mansfield, Massachusetts on 2 September. Buy tickets here.