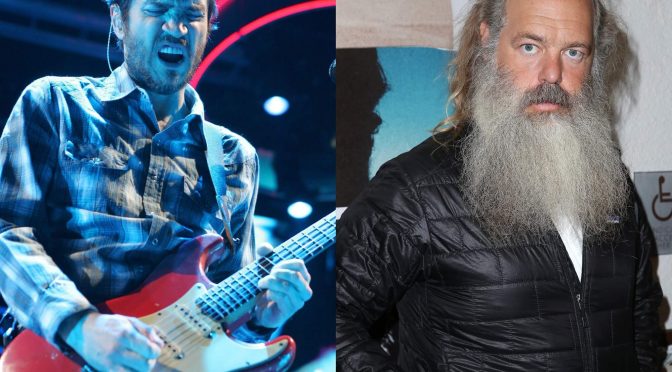 READ MORE: The Genius Of… Dookie by Green Day

”Back in the time of [1989 album] Mother’s Milk, I was trying to fill up more space and it just sounded too busy,” Frusciante recounts in a new interview with Guitar Player. “I felt after making that record that I wasn’t supporting the songs and my bandmates as well as I could have.”

The guitarist explains that it was Rubin’s involvement in 1991’s Blood Sugar Sex Magik which changed things, saying, “When [Rick] started producing us at the Blood Sugar time, he kept adding ideas to the arrangements. Like, ‘Have no guitar for the first verse,’ or, ‘Have no bass for the second verse.’ He came from this hip-hop experience, so he was essentially muting the instruments in certain sections.”

“That was inspiring for me, because I was already going in the direction of playing less and seeing how much better that made the band sound as a whole.”

“So I just got to a point where I really saw the musical value of space of all types,” he adds. “Whether it’s the distance between one point in the bar line and another point in the bar line, or the distance between two sounds, in terms of using wide intervals or creating a chord out of me playing one note on my guitar and Flea playing one note on his bass.”

“It just seemed to make the band feel more whole. And to be honest, the other guys liked it when I started playing that way, and I felt supported.”

In addition to Rubin’s influence, playing alongside Flea also helped Frusciante rethink the guitar’s role in songs: “I think a lot of people play guitar a certain way, and it may be because they’re just playing with bass players who play simple root-note bass lines,” he says.

“So then it’s like, ‘How can I move in a way that’s different from how he’s moving?’”

The post John Frusciante on how Rick Rubin inspired him to ‘play less’ on the guitar appeared first on Guitar.com | All Things Guitar.