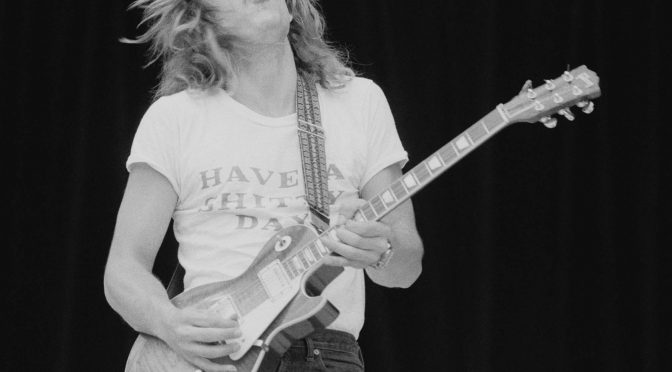 Joe Walsh has unveiled the lineup for his sixth annual charity concert, including a range of Ohio based artists, such as the recently reunited James Gang, Foo Fighters’ and Nirvana’s Dave Grohl, The Black Keys, and Nine Inch Nails.

READ MORE: Guy Fieri can’t get enough of Rage Against the Machine concerts

The show, which is taking place on November 13 at the Nationwide Arena in Columbus, Ohio, is to raise money for VetAid, a veterans’ charity. This concert is also being billed as the James Gang’s “final performance”, in which Dave Grohl will be making an appearance as their fourth member – with Joe Walsh on vocals and guitar, drummer Jim Fox, and Dale Peters on bass.

Walsh, who lived in Ohio as a child, has spoken about why he decided to focus this year’s event on the state: “It all started in Ohio,” Walsh said. “Picking up my first guitar as a kid in Columbus set me on a musical journey to Kent State, Cleveland and then the world.

“Now it is a great privilege and humbling opportunity for me to share the stage once again with my original James Gang buddies and with this absolutely incredible group of Ohio rock legends like Trent Reznor and Nine Inch Nails, the Black Keys, the Breeders and Dave Grohl. I believe in Ohio and look forward to celebrating our musical legacy while honoring our veterans with VetsAid 2022.”

VetsAid plans to distribute grants exclusively to organisations based in Ohio this year. Since the first concert in 2017, VetsAid has disbursed $2 million to various organisations that support veterans and their families.