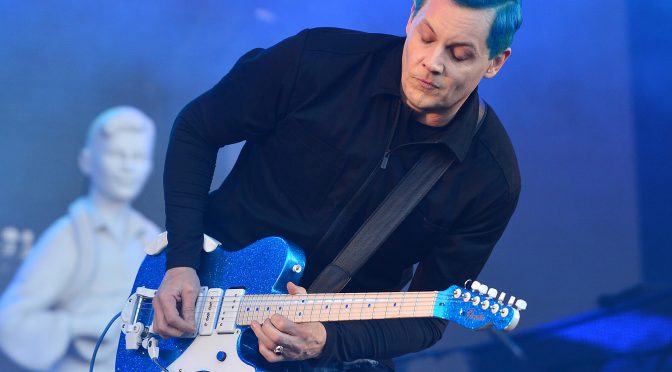 Jack White has recently spoken out on the divisive reception he received for his James Bond theme song, Another Way To Die, which featured Alicia Keys for 2008’s Quantum Of Solace.

Although it reached number nine in the UK singles chart, the track received some contrasting opinions, leaving The White Stripes guitarist believing it is one of the most “divisive things” he’s been a part of.

On a recent episode of the Conan O’Brien Needs A Friend podcast, White stated, “It’s one of the most divisive things I’ve been a part of.” He continued, “To this day, it’s straight across the board. People always say you either love or you hate it. That song is… there are people who hate it so much, and there are people who love it so much. Nowhere in the middle; it’s so strange.”

He later revealed that Amy Winehouse had originally been chosen to record the theme song, but plans changed last minute: “I got in because Amy Winehouse wasn’t showing up to the sessions or wasn’t delivering the song that they were asking her to do.”

He also stated his favourite Bond song as Tom Jones’ Thunderball, and revealed that Johnny Cash “recorded an attempt” of the track that “didn’t make it.”

You can watch White speaking further on the dilemma in the clip below:

White recently performed at Glastonbury Festival following the release of his album Fear Of The Dawn. He’s currently touring, with the closest upcoming dates taking place in Europe, and you can get tickets on his website here.